Midas Pattern Company is an award-winning, precision polyurethane moulding manufacturer who took a compressor system audit from an Atlas Copco distributor as part of its green initiative project, leading to an equipment upgrade. Not only did this move achieve substantial energy savings but, at the same time, the company’s carbon footprint was reduced by some 60 tonnes per annum.

From its Bedford-based advanced manufacturing facilities, Midas Pattern Company provides a range of prototype and production volumes of flame-retardant polyurethane moulding solutions. Primarily suited to the development of high value, innovative scientific equipment, its other applications include items as diverse as solar panels and housings for EV charging stations. All items are moulded from the company’s unique, low cost, composite resin mould tools designed in house from customer-input CAD data. The mould tools are produced from master patterns machined out via the company’s extensive CNC facility. 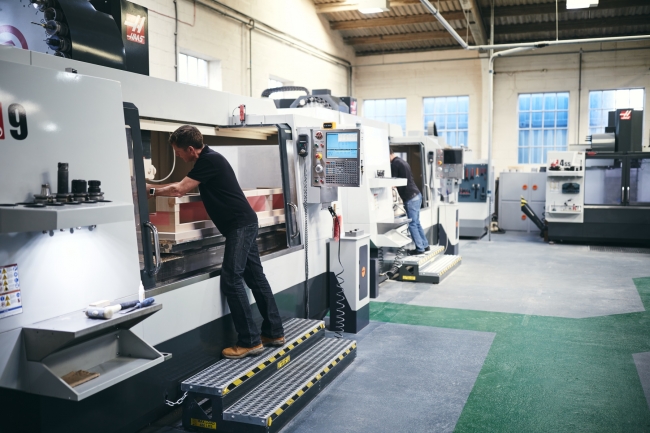 Compressed air plays an essential role within the machining, moulding and product finishing processes. Top of the list is for a continuous supply of low-pressure air for clearing ‘swarf’ from the soft cutting board surfaces, as a battery of seven CNC units machines them out. As these programmed units run 24/7, it is an essential procedure to prevent the build-up of waste material that can affect the process when equipment is operating unattended.

Low-pressure air is also involved in the batch mixing of the polyurethane reaction materials before pouring into composite moulds.  After curing, the moulded items are removed to undergo finishing operations, such as fettling and shot blasting in preparation for epoxy or acrylic spray painting. These processes, especially the spray booths and shot blast plants, require a constant, reliable supply of compressed air and are the largest consumers within the moulding and finishing production areas.

As a vital stage of the Midas Green Initiative, the company called upon the services of Anglian Compressors, Atlas Copco’s premier distributor for the area, to conduct a performance survey of their compressed air system. This comprised two Atlas Copco 22 kW, fixed-speed rotary screw compressors plus a small VSD unit. These had been installed ten years earlier, funded by an interest-free Carbon Trust loan.

Anglian measured the usage patterns of the air supply and learned that the demand fluctuated throughout the week and had changed considerably over the years. The minimum requirement was 12 l/s, and the maximum was 105 l/s. The VSD machine had reliability issues and lower output than either of the fixed speed units. This meant that at times it did not have enough capacity to provide the full air requirement, so the fixed-speed compressors were doing most of the work, running on and offload and wasting energy. 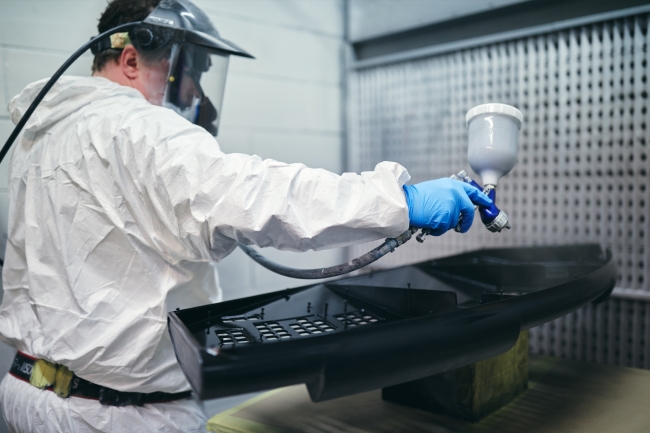 Midas has developed a Green Initiative to communicate the progress it has made in reducing its carbon footprint / Picture: Atlas Copco

The rule of thumb in the compressor industry states that in any mixed installation of this type, the variable speed machine should always be the most significant output unit. So, the recommendation was to replace the small VSD machine with a larger 37 kW compressor, from Atlas Copco’s new and extremely efficient VSD+ range. The GA37VSD+ compressor has a free air delivery of 133 l/sec, enough to supply all the air the site requires, thereby reducing energy consumption and service costs.  The two fixed-speed compressors, each with an output of 53 l/s, were to be retained as back up.

It was also noted during the survey that the system was running between 9 to 9.9 bar − considered to be too high in relation to the application needs. It was therefore recommended that system pressure on the new VSD machine should be reduced by weekly 0.2 bar increments.  At 8.4 bar, this procedure already reduced the energy requirement by 10.5 per cent. Further reductions of the pressure down to 7.5 bar was not thought to have any adverse effect on the performance of Midas’s production equipment.

Furthermore, Anglian Compressors advised Midas Pattern Company of the benefits to be derived from sectioning off the factory so that work areas could be shut down when not in use. They also recommended pre-programming the CNC machines with a line of code that shut off the swarf removal air blast once the process was completed. The combined effect of these measures, following the introduction of the VSD+ compressor, saw the night-time usage reduce from 10-35l/s down to just 5-20l/s.

To date, the level of energy used on site for generating compressed air has reduced by about two thirds to just 78,104 kW/h, representing a total saving of £14,554 per annum together with an estimated ROI payback of just 1.5 years: an impressive result, but only part of the success story. 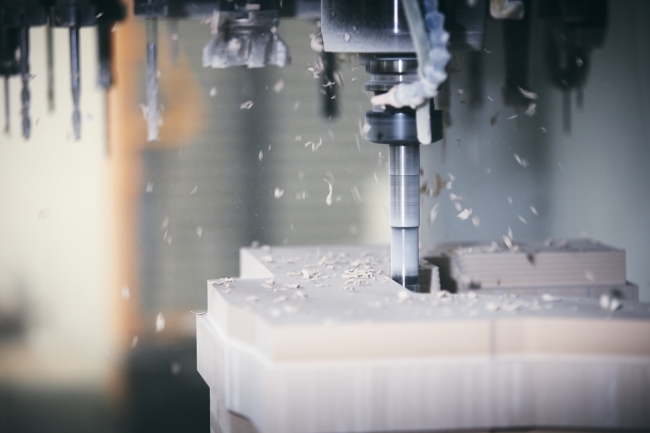 As a responsible plastics manufacturer, Midas Pattern Company takes climate change very seriously and has developed the Midas Green Initiative to communicate the progress it has made in reducing its carbon footprint. The compressed air system upgrade alone has reduced the company’s carbon footprint by some 50 tonnes of CO2.

When combined with the effect of other vital measures the company has taken in using less energy and improving its green credentials right across its business, that figure is closer to 60 tonnes. Managing Director, Alan Rance explained: “As the market leader in the UK for custom low-volume mouldings, Midas has achieved its success by inventing, developing and implementing techniques analogous to metal casting. We are, in effect, a plastic foundry that has invested in cutting edge technology while maintaining and cherishing traditional expertise. We have always applied this approach with our equipment suppliers too – it wasn’t just a question of price, their product offering had to be the best in terms of quality, performance, and longevity. But now, with the Midas Green Initiative, we see environmental responsibility as the foremost criterion.”

Rance continued: “I am a passionate environmental advocate, and this is reflected in every aspect of the company’s climate-conscious ethos. It is self-evident from the 100 per cent LED lighting throughout the plant, and our zero-landfill waste output. Up until recently the plant heating has been achieved with 10 per cent biogas and 90 per cent carbon neutral gas. Now, I am delighted to report that we have signed up a three-year supply contract for 100% BioGas, replacing our 10/90 offset. That means every unit of gas we burn is replaced by a 100% truly green one.

“What’s more, our staff and customers are encouraged to go electric with their vehicles and use our two, free EV charging points on-site and, as a responsible plastics manufacturer, we have expressly excluded all forms of single-use plastics from our premises.”

The polyurethane mouldings are composed of a lightweight structural material that uses very little energy when it is converted. It is completely inert when cured and will not degrade or leach toxins into the environment. No heating or cooling is required in the process, which does not produce any damaging CFCs. Furthermore, if mouldings become worn or damaged in use, they can be repaired, re-purposed and re-used.

When the time comes to recycle products, the Midas polyurethane can be ground down into an inert bulk filler for use in the construction and composites industry and will remain environmentally safe for generations. 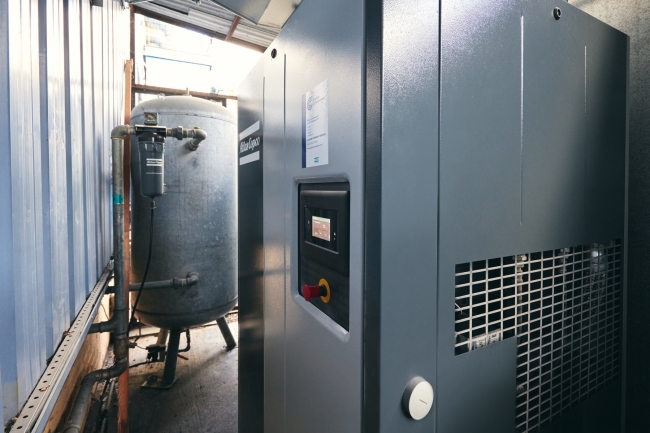 The compressed air system upgrade alone has reduced the company’s carbon footprint by some 50 tonnes of CO2 / Picture: Atlas Copco

Alan Rance’s final words on the successful outcome of the Atlas Copco compressor installation project were: “Midas Pattern Company, Anglian Compressors and Atlas Copco share the same green principles and a common purpose. They were 100% with me all the way.”