I understand
Home•Strong year for manufacturers as...

Britain’s manufacturers have enjoyed a strong performance across all parts of the UK in the last year on the back of buoyant world markets, according to new analysis published by EEF, the manufacturers’ organisation and accountants and business advisory firm BDO LLP.

However, there are concerns whether this uniformly positive picture will be maintained in the coming year, with three factors potentially driving greater divergence in regional manufacturing performance. These include the risk of a disorderly Brexit, the emergence of global trade tensions and the relatively weak investment picture, which could compound regional productivity differences.

The EEF/BDO annual Regional Manufacturing Outlook highlights the breadth of manufacturers’ contribution to the economic areas of the UK in terms of output and jobs. It also illustrates the diverse contribution of the regional manufacturing economies to exports and, as such, their exposure to risks from Brexit and possible tariff increases. 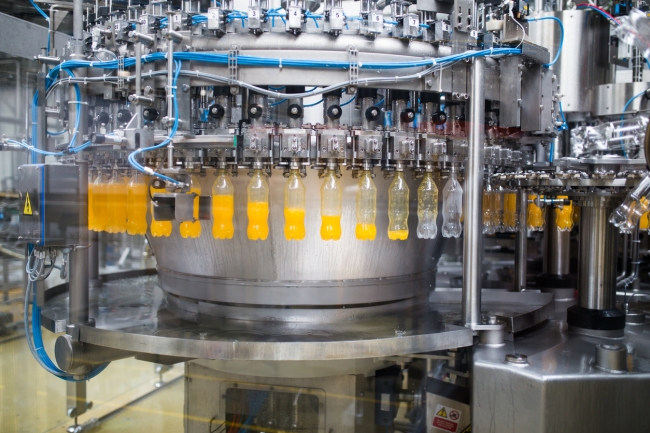 Manufacturing across UK regions enjoyed an exceptional twelve months, with positive output and order balances recorded across the board / Picture: Getty/iStock

By destination, a number of regions have strong exposure to the EU making them potentially vulnerable to a hard Brexit. These include Wales where two thirds of all manufacturing exports go to Europe (60% to the EU), the North East (59% to the EU), East Midlands (54.9% to the EU) and East of England, (52.5% to the EU).

The uncertainty at the post-2019 trading relationship with the EU, is being compounded by rising global trade tensions, with particular concerns for metal manufacturers in the West Midlands and Yorkshire and Humber, as a result of President Trump’s recent tariff announcements on the EU.

This year’s report also shines a light on manufacturing productivity across regions. The report finds that there are huge variations across the country, with areas such as the North West, Scotland and South West performing well – the former a likely result of the pharmaceutical hub in the region.

Conversely London and the Midlands regions fall well below the UK average, illustrating that there is still work to be done to get productivity growth back on track. The widespread weakness in investment – one consistent issue across all regions and linked to the looming prospect of Brexit – could add to some regions productivity woes.

The report shows that London & the South East is the biggest manufacturing region, accounting for just over 16% of overall UK manufacturing output. However, despite this it has the smallest manufacturing workforce as a percentage of the overall regional economy (4%) highlighting the strength of the dominant service sector.

In contrast Wales has the biggest manufacturing contribution to an economic area of the UK, accounting for almost one fifth of the Welsh economy overall. The East Midlands has the highest percentage of manufacturing workforce, making up 12.3% of the total regional workforce. 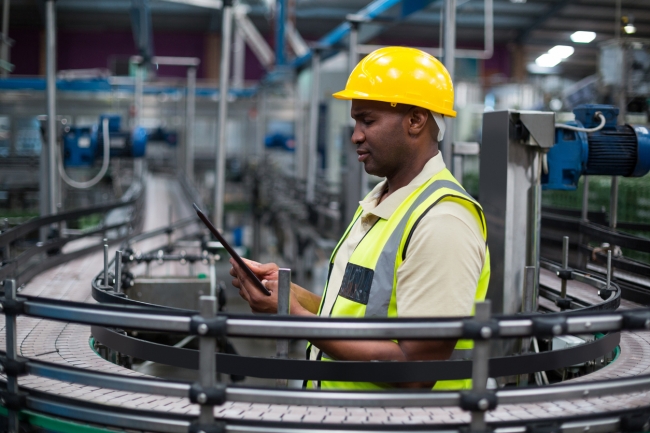 Commenting, Ms Lee Hopley, Chief Economist at EEF, said: “The last twelve months has seen a very strong picture for manufacturing with all parts of the country benefitting from the strength of global markets. While all regions have seen their manufacturing sectors enjoy positive output and orders the investment outlook across the UK has been consistently, and disappointingly, subdued. In large part we’ve got ongoing uncertainty about Brexit to thank for that.

“This domestic uncertainty is now being exacerbated by global trade tensions which could add up to potentially different dynamics over the next year. Given the different sectoral make-up of UK regional economies and their varying exposure to overseas markets, these trends will play out in different ways around the UK, leading to a return of more divergence in regional performance in the year ahead.”

Tom Lawton, partner and head of BDO Manufacturing, added: “Manufacturing remains a hugely important part of the UK economy. It is a true sector powerhouse that creates jobs, wealth and growth across all UK regions.

“The Government cannot afford to lose focus on the importance of UK manufacturing as we endure the twists and turns of EU negotiations. A long-term, practical industrial strategy that delivers a positive trading environment and helps tackle the productivity puzzle is crucial. Without that the sector will struggle to have the confidence to invest in skills and automation, which are so important to the future of the UK manufacturing.” 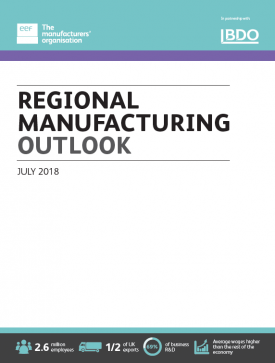