AESSEAL®, the world largest homogeneous mechanical seal manufacturer is celebrating its 40th anniversary with a promise to continue investing and innovating.

The multi award winning, Rotherham-based company, which designs and makes mechanical seals and support systems for a wide range of global industries including oil and gas, food, water, mining and pharmaceuticals, has grown from a small distribution business based in Sheffield to a £180m+ turnover business employing more than 1,800 people across the world. 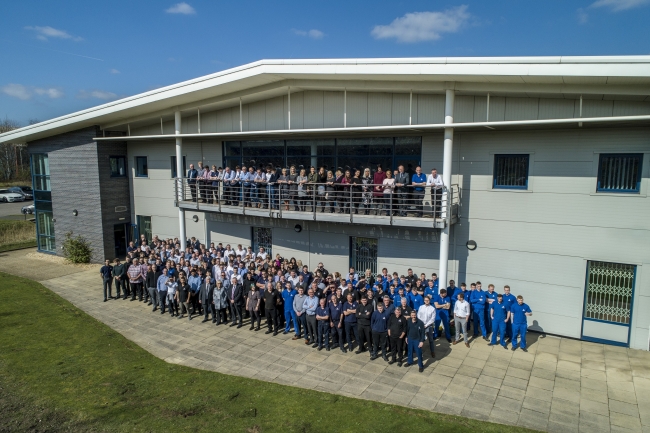 AESSEAL is celebrating its 40th anniversary with a promise to continue investing and innovating / Picture: AESSEAL

Under founder and managing director Chris Rea, the company has recorded near constant growth over the four decades, investing in wide-ranging innovation including the development of its modular range of seals and processes that ensures customers receive the same product no matter where they are in the world. In addition, the business has been lauded for its community work, extensive apprenticeship programme and education outreach – which runs from primary schools right through to doctorate level.

Founder Chris Rea said: “We are very proud of what has been achieved over the last 40 years, from humble beginnings to what is today recognised as a global, market-leading business, which employs hundreds of people and also gives back to the local community in the shape of sponsorships and education partnerships. We were keen to not only mark this milestone anniversary and acknowledge the people that have contributed to its success, but also to put our flag in the sand and outline our plans to continue to grow and innovate.”

Chris Rea purchased Aurora Engineers Supplies (where the ‘AES’ comes from) in 1979, as a small distributor of mechanical seals, with ten employees and an annual turnover of £400,000.

By 1983 AESSEAL® built its first manufacturing site in Rotherham. Over the following years, the mechanical seal range expanded, turnover grew to £2million and the company received the first of its 13 Queen’s Awards. Export sales grew, overseas offices were opened, and turnover increased year on year.

Chris added: “Our achievements can also be attributed to our absolute commitment to continuous improvement – for both ourselves and our customers. After four decades of continued product development we believe we are in a very strong position – with a range of differentiated and enhanced patented technology for almost all Wet and Dry Gas Seal applications – and that we can secure as large a percentage of global applications as any other global mechanical seal supplier. Going forward our development will focus on emerging technologies and connecting the group’s consultancy and reliability business digitally to its physical product range, in order to offer the best possible service to customers.”