British Steel has reported a Q1 profit of £21 million (EBITDA) and announced the biggest single investment in its manufacturing operations for a decade.

• A significant long-term investment plan to support the business for years to come, which includes:
~ £50 million will be invested upgrading the Scunthorpe Rod Mill
~ In addition, £40 million has been committed to other capital expenditure in FY19 to maintain and improve the existing asset base (£120 million in first three years of the business)
~ And a further £500 million of projects are being pursued
• Annual turnover was £1.4 billion in FY18 versus £1.2 billion in FY17
• An EBITDA of £68 million pro forma for FY18 (excludes the £47m one-off cost of a blast furnace chill for which the company is pursuing an insurance claim)
• Profits rose at FN Steel, the company’s first major acquisition in October 2017
• 1,000 people have joined the business since its launch in June 2016. Employees are now receiving a staggered 4% pay rise and have been allocated a further one million company shares

“Without the unique blast furnace chill last summer – the impact of which was widely reported by media – we’d have exceeded our year 2 target which demonstrates the growing strength of our business.

“This strength is why a number of leading financial institutions continue to provide us with additional financing to support our investment and growth plans. This is not only enabling us to improve our plant, products and services – as demonstrated with our rod mill investment – it’s allowing us to expand our portfolio by making strategic acquisitions such as FNsteel.

“Increased raw material costs and fluctuating steel prices continue to be a challenge. It’s important safeguarding action is taken to prevent the dumping of cheap steel into Europe following the imposition of steel tariffs by the US. However, we remain in positive talks with the Government, and our other stakeholders, and are confident about our future.

“Our order book is strong and we’ve the capacity and capability to play a significant role in major infrastructure projects such as HS2 and the Heathrow expansion. We continue to invest in our people and products, remain focused on reducing the cost of liquid steel and are growing into new markets across the globe.

“With the support of our employees we’ve achieved a great deal in a short space of time and while a lot of hard work lies ahead, we’ve made significant progress towards building a sustainable future.”

The £50 million wire rod investment will see a new modern wire rod line open at the company’s current Scunthorpe Rod Mill. It’s been designed by Primetals which will also oversee its installation. Work is scheduled to start this summer and the new operation is set to be commissioned in autumn 2019.

Paul Martin, British Steel Deputy CEO, added: “This is a major investment in the future of our business, underpinning our commitment to providing customers with higher technical specifications of steel and a diverse, premium product range.

“Not only will this increase our ability to serve the domestic wire rod market, it will allow us to become a more competitive exporter and accelerate the growth of British Steel in line with our company strategy. By continuing to make investments like this our aim is to become the steel supplier of choice for more businesses across the world.” 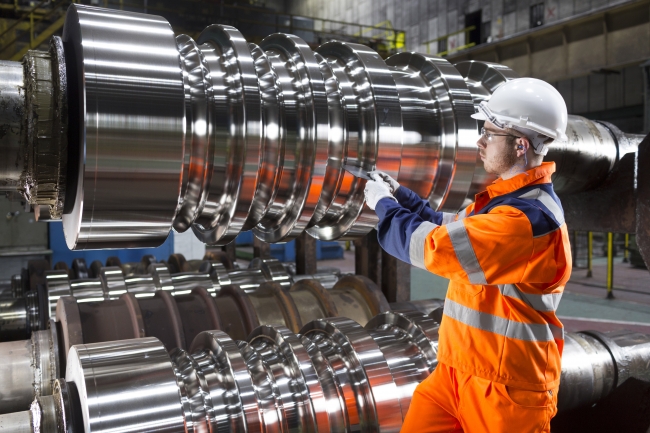 British Steel has reported a Q1 profit of £21 million and announced the biggest single investment in its manufacturing operations for a decade / Picture: British Steel

Tom Otte, President of White Oak Asset Finance, said: “Our investment in British Steel speaks strongly to the company’s turnaround over the past few years. We are very optimistic on the company’s continued growth, and fully expect our capital to finance its organic expansion.”

Three significant appointments have been made to British Steel’s executive team – Gerald Reichmann has joined as Chief Financial Officer, Ron Deelen as Chief Marketing Officer and Ugur Yilmaz as Chief Operating Officer. The company now employs more than 5,000 people while FNsteel, which has more than 300 employees, is being integrated into the business.

Paul Martin, British Steel Deputy CEO, said: “Our people continue to be our most important asset, they’ve helped us come a long way in a short space of time. The pay rise, and award of more shares, recognise their incredible contribution to British Steel and I’d like to thank them, the unions and our valued customers and suppliers for the support they continue to give our transformation.”

Marc Meyohas, Greybull Capital Partner, added: “We’re pleased with the progress British Steel is making and will continue to do all we can to ensure the company thrives for years to come.”

Paul McBean, Scunthorpe Site Multi-union Chairman, concluded: “It wasn’t long ago that people were doubting if these works had a future but since the launch of British Steel the business has gone from strength-to-strength.

“The rod mill investment is a fantastic second birthday present for British Steel and the 5,000 employees contributing to our turnaround. While we still have a long way to go, investments of this scale – and the ongoing commitment to capital expenditure – demonstrate the great optimism flowing through this company.”