I understand
Home•Going Green to give Britain’s...

Going Green to give Britain’s steel a future

Britain has an unprecedented opportunity to save and grow its steel and engineering sectors by reinventing them as green, high-value industries, based on recycling and renewable energy, a gathering of senior business, political and academic representatives in Rotherham heard.

A combination of cheap, clean power, a burgeoning supply of scrap steel and the UK’s world-leading expertise in metals technology, can put the country back at the forefront of a global industry it once dominated, delegates at the first GREENSTEEL Conference were told.

Jay Hambro, chief investment officer of the British-owned global energy, metals and engineering group, the GFG Alliance, said it was vital to grasp this opportunity now in order to revitalise UK manufacturing and rebalance the economy in a post-Brexit era. 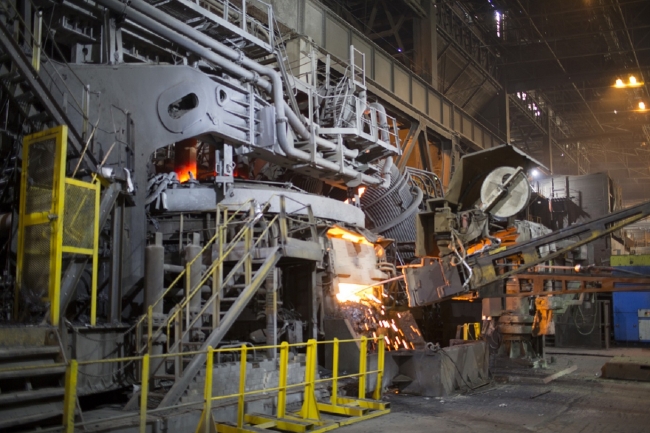 The electric arc furnace in Rotherham that has the largest steel recycling capacity in the UK / Picture: GFG Alliance

“GREENSTEEL is the way of the future and it’s an opportunity we can’t afford to waste if we want to rebuild metals and engineering as profitable and sustainable sectors, supporting many thousands of skilled British jobs,” he added.

Liberty Speciality Steels at Rotherham – venue for the landmark event – has become a flagship for GREENSTEEL since Prince Charles reignited the plant’s large electric arc furnace in February, giving it the largest steel recycling capacity in the UK.

Mr Hambro led a broad-based panel of speakers which contained both government and opposition figures as well as industrialists and specialist academics in the field of sustainable manufacturing.

He explained how GFG Alliance companies, Liberty House and SIMEC, have taken a lead in developing plans to build 5m tonnes of GREENSTEEL production capacity within five years as well as 1GigaWatt of renewable power generation capacity for industry within two years.

This would, he said, feed competitively-priced and low-carbon British-made metals into home-based engineering and manufacturing operations that would capture more value and quality employment within the UK.

He urged other industrial businesses to embrace this challenge and called on Government to be more proactive in encouraging investment in renewable energy capacity that benefits the UK supply chain and drives down power prices for industrial users in a way that would completely transform Britain’s post-Brexit manufacturing base.

The high-level gathering at Rotherham was chaired by UK Steel Director Gareth Stace and was also addressed by Shadow Steel Minister, Gill Furniss MP, Rotherham MP, Sarah Champion, Niall McKenzie, Director of Infrastructure and Materials at the Department for Business, Energy and Industrial Strategy, Ed Heath-Whyte, Environment and Energy Manager at Liberty Speciality Steels and Julian Allwood, Professor of Engineering and the Environment at the University of Cambridge. 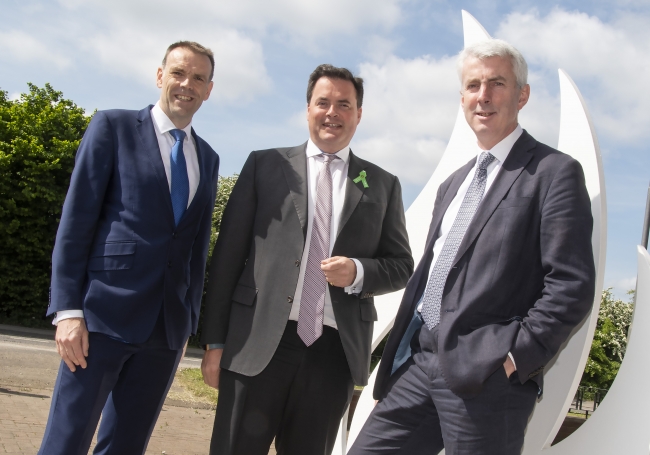 Professor Allwood presented the findings of his research into the steel industry supply chain and how the UK metals sector can be made more sustainable. He highlighted the predicted growth in the supply of UK scrap steel from 10m to 20m tonnes a year and argued that the country could meet its future needs by recycling more scrap at home rather than exporting the vast bulk of it for melting abroad or making more steel through high-carbon methods, using coal and iron ore in blast furnaces.

He also argued that better design of metal-based products would result in less waste in the manufacturing process and therefore reduce the industry’s carbon footprint.

UK Government representative Niall McKenzie said the prospects for Britain’s steel industry were good with finished steel demand forecast to grow from 9.4m tonnes a year to 11m tonnes by 2030, representing a £3.8 billion per annum future opportunity for the UK industry. He called for more investment and innovation by the industry and welcomed Liberty Steel’s commitment to green production. “We need innovation and to apply different approaches. The Government welcomes more competition, so the more Liberty takes on this challenge to better,” he said.

Shadow Steel Minister, Gill Furniss, who is MP Sheffield Brightside and Hillsborough said: “We need to ensure the steel sector innovates to find the most sustainable way forward. I am hugely impressed by the creative work happening here at Rotherham where Liberty has invested to triple the plant’s capacity to recycle scrap.”

Rotherham MP, Sarah Champion said the turn around being achieved at Liberty Speciality Steels in Rotherham and Stockbridge was: “testament to the hard work by the workers, the trade unions and Liberty itself.” She Added: “Britain can and should lead the way in steel production and will be at the heart of a real renaissance in the steel industry.”

The conference was a key milestone in the development of the GREENSTEEL Council, which was established by the GFG Alliance as an independent body just over a year ago to support the implementation of low-carbon solutions to the challenges facing steel and other UK metal production.