I understand
Home•HYMIX celebrates 30 years of...

This year marks three decades since Telford based concrete mixer manufacturer, HYMIX, started as an independent machinery producer in the construction sector. Established in 1988, the company has gone from strength to strength to become an established market leader in the industry after putting a strong emphasis on safety, innovation and ease of use for its numerous customers. HYMIX customers include some of the biggest brands in construction materials and long standing independents who continue to choose HYMIX. 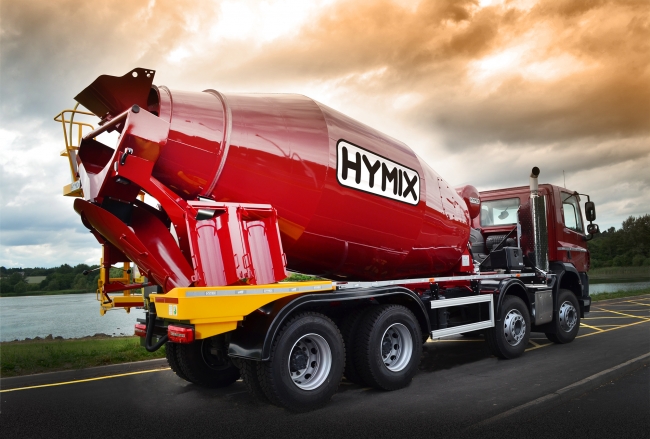 The past 30 years has seen some major changes in construction. Since the Housing Act passed in 1988, investment in private rental properties has soared. Construction in the public sector has also grown at a faster rate than predicted, and Crossrail is currently Europe’s largest construction project at an estimated cost of £15 billion, with the construction of 42 kilometres worth of new tunnels connecting stations in central London. This demonstrates that the UK’s construction sector is alive and well, and performing better than many had predicted, even with Brexit thrown in to the mix.

HYMIX started trading in July 1988 when the company produced its first concrete mixer: the SS range. This was well received by customers thanks to its improved frame design, excellent mixing performance and fairly priced parts catalogue. And it is that attention to design and performance that has been the backdrop to the company’s long-standing success since. It is also why HYMIX has remained the manufacturer of choice for major construction brands and independent owner drivers alike for 30 consecutive years.

If the recently launched P2 model is anything to go by, HYMIX is aiming to continue leading the market for years to come. The recently launched P2 weighs less so can carry more, and can also deliver more advanced functionality around safety and ease of operation – it’s the perfect tool for a demanding market that continues to grow.

In 2017, HYMIX entered into a long-term supply agreement with engineering group, GKN. As part of the agreement, HYMIX moved production to GKN’s site, boosting its component supply chain as well as increasing production capacity and reducing lead times for HYMIX. This increase in production capacity has enabled HYMIX to build a stock of new trucks in order to keep pace with increasing demand and ensuring that concrete mixers are available straight away for its customers. As well as increasing production capacity, a separate workshop was set up following the move specifically for the development of new designs which will allow the company to continue its R&D investment in innovation. The move has allowed HYMIX to increase its capacity and can offer production slots available to meet the market demand.

HYMIX UK’s managing director, Nick Humpish, said: “For the last 30 years, HYMIX has committed to innovation and design as an independent manufacturer. We focus on the needs of customers and aim to help them achieve their objectives. Many of the features incorporated in today’s machines have their roots in R&D and prototype work that was begun over 10 years ago. Application of that experience gives us the ability to deliver lighter, safer and cleaner machines that save cost and increase profitability.  These core strengths are now matched with production capacity that ensures on time delivery, and a quality, fit and finish associated with a global automotive manufacturer. The combination is unique and provides a strong platform for the next 30 years as market leaders, developing new technologies for the heavy building materials sector.”

Indeed, HYMIX has a concrete foundation as market leaders and their future looks rock solid.