EEF, the manufacturers’ organisation has called on the Government to clarify reciprocal rights for EU workers as a matter of urgency as a new survey warns of a recruitment crunch if Britain’s businesses are denied access to skills from across the European Union.

The survey is contained in a report published today “Making migration work for manufacturers: Accessing skills in a post-Brexit world” and comes on the back of last week’s official data on migration.

EEF’s survey backs official data up with a quarter of manufacturers having seen applications from EU nationals decrease since the referendum, whilst sixteen per cent have seen an increase in EU workers leaving their business. The importance of EU workers to industry is highlighted by the fact two thirds of manufacturers recruit from across the UK due to an insufficient number of UK applicants, whilst a third do so because the necessary skills are not available in the UK labour market. 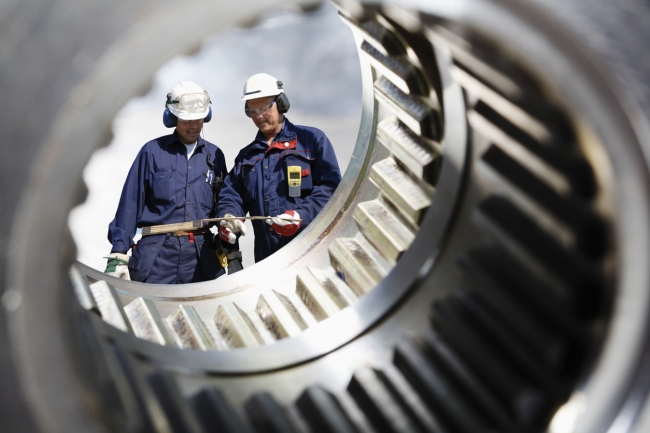 In the report, EEF is warning that skills shortages are set to worsen if we see post-Brexit restrictions to migration which apply a cap for companies employing EU staff, along the lines of the current rules currently in force for non-EU employees working in the UK. Three quarters of manufacturers are already struggling to fill roles.

Manufacturers interviewed as part of the report said they need unfettered access to “appropriate workers” with the skills industry needs, adding that European employees should be able to come to the UK to work for up to 5 years. The ability to apply for permanent residence should follow on after that time has elapsed.

And for their businesses to continue to flourish, international employers stressed the need for their workforce to be mobile, so that UK sites can continue to have access to EU workers as part of intra-company transfer programmes. This necessary flexibility in the movement of skills, they feel, is vital for continued business success.

Tim Thomas, EEF Director of Employment and Skills said: “Preventing industry from being able to recruit the best-skilled workers from the EU could stifle growth, damage British industry and the UK economy as a whole.

“As a priority the government should clarify the reciprocal rights of EU nationals in the UK and British nationals currently working in other EU member states. At the same time, ministers must map out a new model for immigration to come into force when the UK leaves the EU, including a phased implementation over a sustained period.

“Skills shortages are endemic in manufacturing and engineering, and any points based-type system would choke off the skills needed by this sector. A highly-skilled STEM route should be introduced to enable non-EU STEM professionals to seek work in the UK without a job offer within a reasonable timeframe.”

EEF has made the following recommendations in the report:

1. As a priority, the government should clarify the reciprocal rights of EU nationals in the UK and UK nationals in other EU member states.

2. Within the same period, government should map out a new model for migration, for the point when the UK leaves the EU, which includes a phased implementation over a sustained period.

3. Manufacturers need access to appropriate workers, therefore, skilled European workers should be able to come to the UK to work for up to 5 years, followed by the ability to apply for permanent residency.

4. European nationals coming to study in the UK should continue to be able to do so with the opportunity to seek employment in the UK upon completion of their studies within a reasonable time permanent.

5. Reduce the cost to business of recruiting from outside the EU by abolishing the immigration skills charge and reversing the recent decision to remove the short-term intra-company transfer route.

6. To ensure the UK is an attractive place to study, the government should reinstate the Tier 1 post-study work route to enable non-EU students to stay in the UK 2 years after graduating to seek skilled employment.

Key findings from the survey: