Hailed as the most significant new automotive manufacturing facility in the UK in the last decade. Production of the 2.0-litre, four-cylinder petrol Ingenium engine, adds to its line-up, which also includes the ultra-low emission 2.0-litre 150PS, 163PS and 240PS four-cylinder diesel engines. 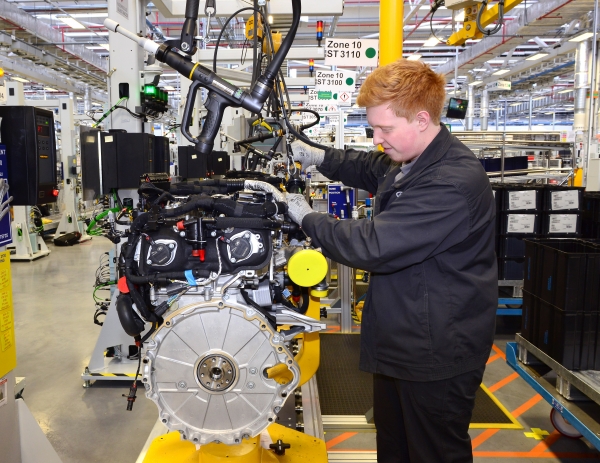 The milestone follows an announcement last week that the EMC would manufacture the high-performance 2.0-litre 300PS Ingenium petrol engine – the most powerful four-cylinder engine Jaguar Land Rover has ever produced – for the 18MY Jaguar F-TYPE.

Trevor Leeks, EMC Operations Director said: “The start of petrol production marks an important milestone for the plant as we move to providing a suite of ultra-low emission, high-performance petrol and diesel engines to power the full Jaguar and Land Rover vehicle line-up now and in the future. Importantly, it also showcases the incredible impact Jaguar Land Rover has had on the local economy with the creation of the 1,400 skilled jobs promised when we opened the plant in 2013. In fact we will be welcoming our 1,400th employee at the end of this month.”

The start of petrol engine production reaffirms Jaguar Land Rover’s strategic investment programme to build skills and capability in the UK. Of the 1,400 people recruited at the plant, more than 80 per cent live within 10 -miles of the Wolverhampton plant, bringing opportunity and prosperity to the region. More than 125,000 hours of training has been undertaken to create a world-class workforce, which includes a former bus driver, a nurse, a beauty therapist and a locksmith.

Georgia Rigby, an Integrated Manufacturing Specialist in the petrol assembly hall, joined the EMC in February 2016 from the catering industry, added: “The EMC has quickly grown to be an incredibly important part of this region, celebrated for the jobs created and the quality of the training and career opportunities on offer. I was keen to join Jaguar Land Rover after hearing really positive things from my friends who work here. I have been here for just over a year now and it’s been fantastic.”

The EMC has also welcomed more than 50 apprentices and graduates, all on a bespoke powertrain development programme designed to support the design, engineering and production of Jaguar Land Rover advanced engine range.

Amy Stephenson, a third-year Advanced Apprentice continued: “I’ve always been interested in engineering and going to Wednesfield High, which is partnered with the EMC, meant we were encouraged to explore engineering career opportunities. In advance of joining the apprenticeship programme, I had visited the EMC and found it a really inspiring environment. It’s a brand new facility with new people and I’m really proud to be a part it.”

Since production of the Ingenium diesel engine began exactly two years ago, the EMC has built in excess of 400,000 engines. It has welcomed more than 40,000 visitors including three members of the Royal family, 20 Government officials, including prime ministers, British cabinet ministers and local MPs and more than 3,000 children through its Education Business Partnership Centre. More than 85,000 cups of tea and coffee have been consumed and 14,000 slices of the famous EMC flapjacks have been eaten. Trevor Leeks has taken 3.6 million steps in his role as Operations Director; the equivalent of travelling to the moon and back seven times, and employees have given more than 1,000 hours of volunteering to local good causes. 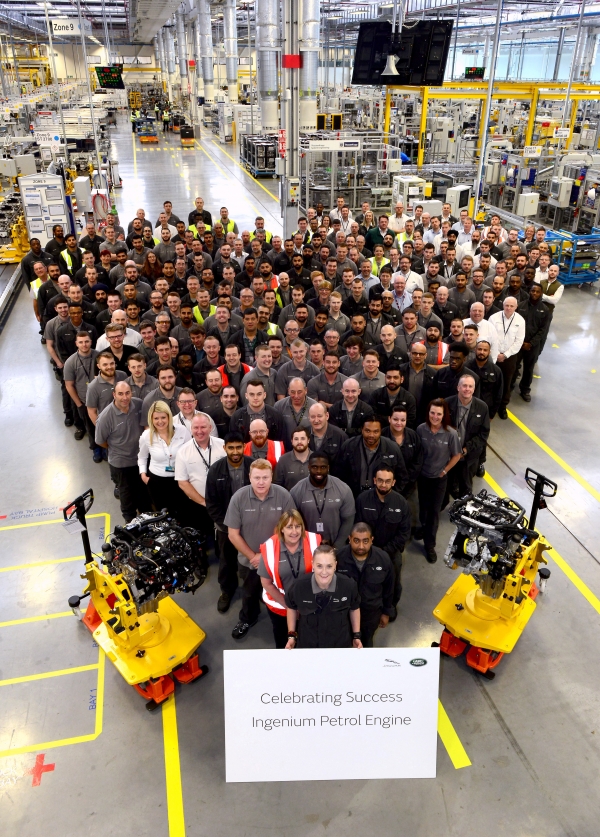