Försvarets materielverk, the Swedish Armed Forces Defence Materiel Administration awarded the contract to Marshall. The renewal of this long-term contract will ensure that Marshall continues to provide support to its longest-standing international C-130 customer until the end of 2021, with an option to extend the contract. 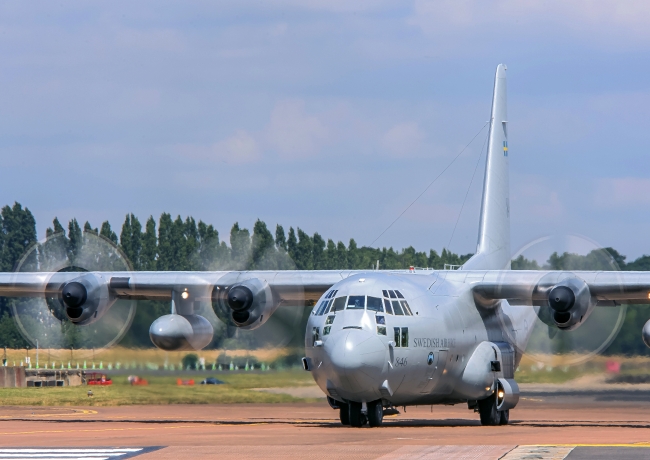 One of the Swedish C-130 aircraft supported by Marshall Aerospace and Defence Group / Picture: Marshall Group

Since 1974, Marshall has supported the Swedish Armed Forces’ C-130 fleet with an unbroken maintenance programme covering all levels of maintenance, engineering support, technical modifications, surge requirement support at base and supply chain services.

Alistair McPhee, CEO of Marshall Aerospace and Defence Group, said: “We are proud to have won this contract to support the Swedish Air Force Fleet of C-130 aircraft. To have supported the Swedish Air Force for over four decades is incredible and I look forward to what we can achieve in the future.”

Rupert Dix, Managing Director of Military Aerospace, Marshall Aerospace and Defence Group, added: “The Swedish Air Force has trusted us for over 40 years to support their C-130 fleet and this new contract demonstrates, once again, both the value and service that we are committed to providing our customers”.