New Factory signals next phase of growth for Rhino Products

With a product range that includes innovative and aesthetically stunning van roof bars, roof racks, ladder handling systems, steps and rear door ladders, Rhino Products is clearly a company on a mission. Although they only formed as a business 15 years ago, they already have extremely ambitious plans to cement their position as a worldwide leader in commercial vehicle accessories. 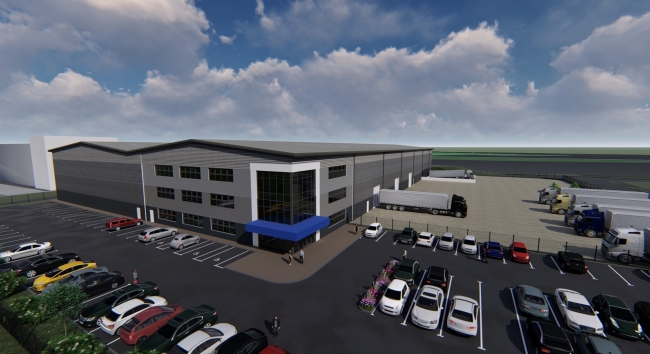 Rhino Products is building a new factory in Ellesmere Port, which is due to open in early 2019 / Picture: Rhino Products

With work due to start on the project shortly, the new premises are scheduled to open in early 2019 with custom designed production areas, modern offices and excellent staff facilities. The existing 55,000sqft Rhino Products factory in Deeside Industrial Park which is located seven miles from the new site will remain open, taking the group’s total floor space to over 175,000sqft. The new site will support continued product and service development for Rhino customers in UK, Europe and growing export markets.

This announcement comes almost exactly a year on from the news that Rhino Products had completed the acquisition of AVS Steps, a leading manufacturer of manual and electric side access steps for taxis, minibuses, ambulances and mobility vehicles. Having successfully incorporated production of all AVS Steps product lines into the Deeside site through investment in an extension to an existing mezzanine floor and the introduction of an additional lean lift to optimise storage, order processing and dispatch, the company are coming closer to outgrowing this production facility, which also ships orders for customers of all three  group European sites and wider export markets.

The first of these, Rhino Products BV, was established in Venlo in the Netherlands in 2010, while Rhino Products Nordic in Gothenburg, Sweden and Rhino Products Poland in Krakow, both opened in 2016. Taken together, this acquisition along with increased European expansion are highly indicative of the group’s ambitious trajectory of sales.

Steve Egerton explained that “the next few years are looking extremely positive for the business. With five companies in the group and staff levels at a record high of 125 people across all divisions, we are moving from strength to strength by supporting our customers with sector-leading products and support.”

He added, “this will be one of the most exciting chapters in your working career. Rhino will continue to evolve and strive to be the best, and everyone in this room can be a part of the journey.”

“Our customers recognise Rhino as industry leaders because of the quality and passion of our team and it is through our shared belief and determination that we will make the opening of our new factory another rousing Rhino success.”