I understand
Home•Trend Technologies team up with...

Trend Technologies team up with ARBURG for perfect shot

A leading manufacturer of precision components for the medical device and automotive sectors has invested in an ARBURG multi-component injection moulding machine in response to soaring demand for its products.

Trend Technologies Ireland, a manufacturer of precision injection moulded components and sub-assemblies for the medical device, ICT and automotive sectors, employs 190 people at their site in Mullingar, where it has been operating for 36 years. The site is one of ten Trend Technologies sites globally, and is the company’s centre of excellence for injection moulding.

The company invested €3 million over six months to expand its ISO Class 7 cleanroom manufacturing facilities in Ireland by 50 per cent in response to demand for high quality medical device components. The investment included the addition of electric injection moulding machines, including a new ARBURG Allrounder Alldrive 570 A 2000 400/70 200-tonne modular electric multi-component machine and robot system. 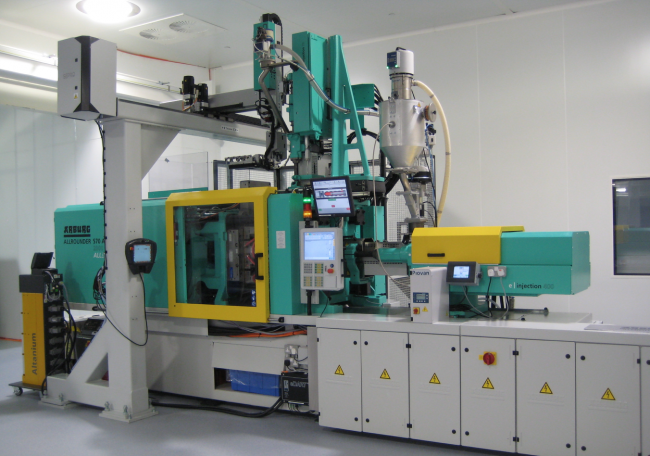 The machine was completely configured at ARBURG Lossburg to the customer’s specification, which included water manifolds mounted on the moving and fixed platens. Individual water flow zones are monitored for temperature and flow. This ensures that if there is a failure in any of the circuits within the mould, it will be sensed by the machine’s control system, and the moulding process will cease. 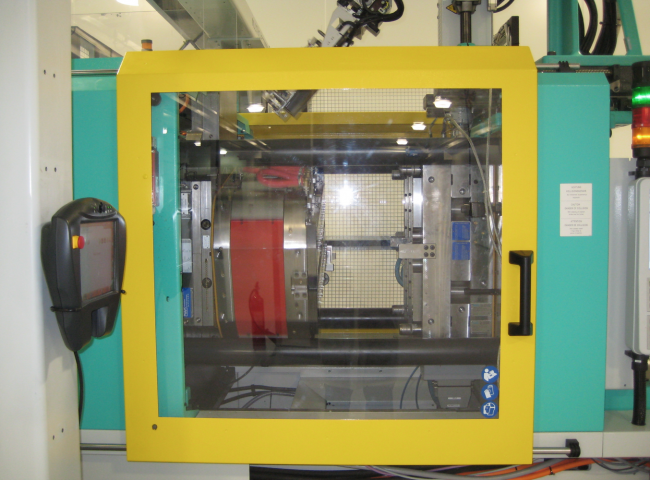 The Sepro robot system was installed to work with the ARBURG machine during production. The RJG eDart pressure monitoring system within each of the 16 cavities eliminates the need for an expensive vision inspection system, says Trend Technologies. This monitoring system sends a good / bad part signal to the Sepro Robot for automatic segregation.

The cell is now installed in a new cleanroom at Mullingar to manufacture parts for a medical assembly – a connector for negative pressure wound therapy products.

The Trend Technologies investment programme also involved the construction of a new cleanroom for post-moulding operations, and the addition of the latest digital printing, laser welding and vision recording equipment to record individual serialised components.