A £127 million project at Valero’s Pembrokeshire site has been given the go ahead following support from the Welsh Government.

First Minister Carwyn Jones, who met with Valero while in Washington this week, has welcomed the news, describing it as a vote of confidence in the Pembrokeshire site and the wider Welsh economy. 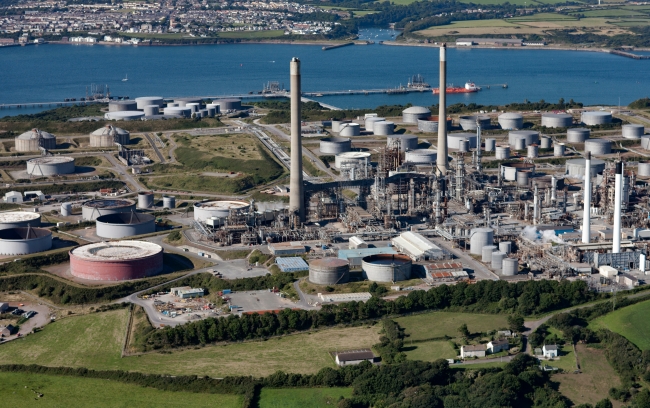 Valero will invest £127m at the Pembrokeshire site, in a project that will provide power for the refinery, control future electricity costs & achieve greater energy efficiency / Picture: Valero

These changes will ensure the future viability of the business and help sustain employment for the site’s 1000 plus employees and contractors. In addition, a principal contractor will be appointed and hold an open day for local people to discuss job opportunities with the project.

Valero’s Vice President and Refinery General Manager Ed Tomp, said, “This project is important to maintaining the refinery’s long-term viability. The decision to approve our CHP Unit plans by Valero management caps a year of tremendous effort to obtain approval for this major investment in the Welsh economy,” added Tomp. “We appreciate the Welsh Government’s support and planning permission, it is a testament to our collaborative approach with the Welsh Government, regulators, and the public.”

First Minister Carwyn Jones, added: “This project is a huge boost to the economy of south west Wales, on a similar scale to transformative projects such the Aston Martin site in St Athan and the Wales International Convention Centre.

“The Welsh Government has been working closely with Valero in supporting this investment, which will allow the company to grow and compete successfully in a global marketplace, ensuring sustainability of employment well in to the future. This is great news for the site’s 1000 plus employees and contractors, and a huge boost to the Welsh economy as we celebrate St David’s Day.”

The Combined Heat and Power (CHP) Cogeneration Unit is the first project of its kind to receive planning permission as a Development of National Significance process under the Planning (Wales) Act 2015.