The Preparation & Coatings Facility, which is operated by Wilton Group member Universal Coatings, is part of a continued investment programme by Wilton to support the offshore wind industry.

Covering 2,256 sq metres and at a height of 15 metres, the facility is used for the preparation and painting of steel Transition Pieces. 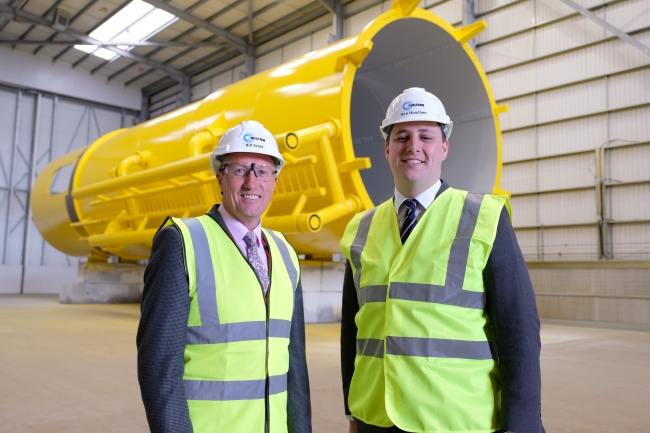 Triple skinned and insulated, the facility provides an advanced working area for technicians with its breathing air system compliant to the new EN12021 standard.

Overcoming the challenge of humidity, which is a major source of corrosion whilst painting, a specialist dehumidifier has been installed, which reduces humidity from the standard 80 perfect requirement to just 10 percent.

Currently Wilton and Universal are delivering 21 Transition Pieces, each weighing 340 tonnes, through its client SteelWind, for Ørsted, which will be installed as part of the Hornsea One Offshore Wind Farm.

The facility was unveiled at a ceremony attended by around 80 representatives from the offshore wind industry and members of North East England’s business community.

The investment by Wilton in the facility was supported by £600,000 from the Northern Powerhouse Investment Fund (NPIF).

In addition, the company has received a total of £3million from the Tees Valley Catalyst Fund (TVCF), to support project bonding.

The TVCF is a £10million fund designed to help businesses win more contracts when they come with the need to provide Advance Payments Guarantees, Performance and/or warranty bonds.

A further £300,000 was received from the Tees Valley Combined Authority to assist with the development of the site’s logistics.

Bill Scott, CEO of Wilton, said: “The Preparation & Coatings Facility is part of our continual development of our facilities and services to meet the requirements of the offshore wind industry.

“The project we secured with SteelWind for Ørsted’s Hornsea One offshore wind farm demonstrates the confidence in the capabilities of the UK supply chain to play a part in such a significant renewables development, which we have further enhanced through the investment in this important facility.

“The support we have received from the Combined Authority and the Catalyst Fund have been important elements of the ongoing growth of our business and our increasing market position and we are very grateful to the Mayor for officially opening this facility.” 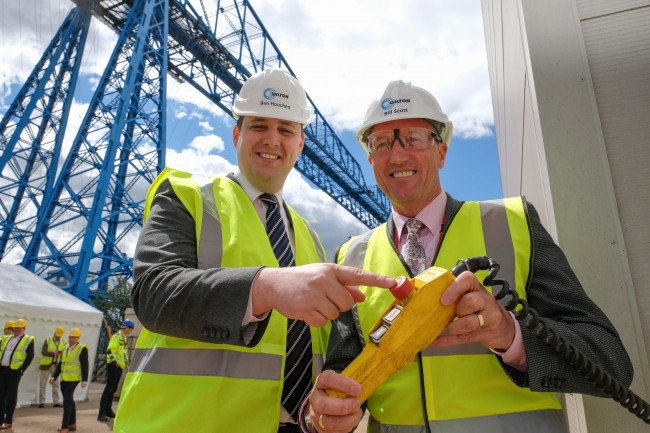 Tees Valley Mayor Ben Houchen, who officially opened the site added: “Offshore wind is extremely important to the UK, and one of the really exciting things is that the industry is led from the front by the North East and in particular the Tees Valley. The types of investment that Wilton Engineering is making shows the rest of the industry that the company is serious about its long-term future in the offshore wind industry.

“It also shows that Wilton is serious about its plans and its position within the market, but I think, also, the support that it gets from myself and the Combined Authority, and the funds that we’ve given to support the company, also gives the rest of the industry a signal that actually regional and central government are behind this industry.”