One of the UK’s leading aluminium casting foundries is celebrating its 50th birthday in style after announcing plans for a new £1.2m technical centre and machine shop.

Alucast will start work on the new facility in June, which will house its existing CAD and MAGMA® casting simulation facilities, non-destructive testing capabilities and the firm’s new 5-axis CNC technology.

It’s part of an ambitious strategy that will see the company target up to £3m of new ‘lightweighting’ opportunities for complex castings in the automotive and agricultural markets.

This will see it recruit another 20 employees to cope with the planned expansion to £10 million sales, including engineers and apprentices. 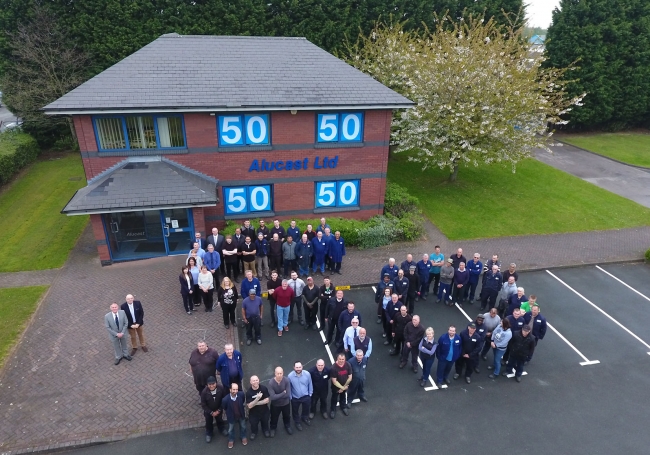 Celebrating their half century / Picture: Alucast

“50 years in business is a massive achievement and during that time we’ve seen plenty of ups and downs, including major contract wins such as completing the top and bottom caps for the London 2012 Olympic Torch and the brake calipers for Bugatti Veyron, alongside recessions that have really challenged the business,” explained John Swift, Managing Director of Alucast.

“2017 will be a year where we celebrate our history and the achievements of our staff, but it will also be a time where we put a marker in the sand for the next 50 years. Alucast has progressed a long way from a local jobbing shop foundry to an international aluminium foundry capable of competing with our global rivals by offering customers a complete supply service.”

He added: “We offer initial design support and MAGMA® casting simulation software, through to prototype supply and delivering machined castings line-side, produced by a number of different in-house processes including sand, gravity, low and high-pressure.”

Alucast, which holds the automotive TS16949 quality accreditation, was formed in 1967 by Mike Clayton as a small sand foundry based in Bentley Mill Road.

Over the years it added gravity casting to its repertoire and moved several times across the Black Country in the UK, before ending up at its current home in Western Way, Wednesbury in 2002.

Twelve months later, the business was purchased by the current management team of Tony Sartorius and John Swift and this prompted the start of a 10-year plan to become a single source supplier of aluminium castings to our customers. 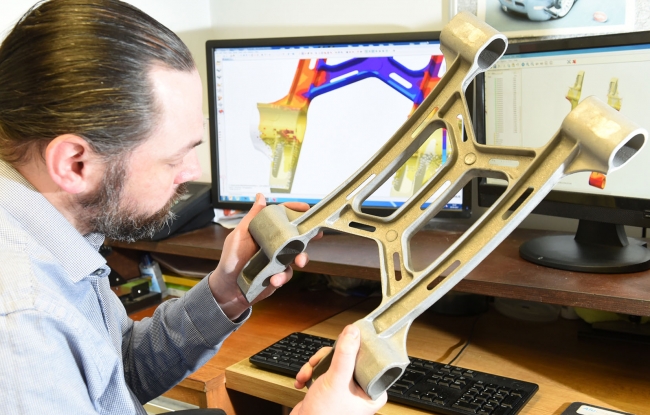 Tony Sartorius, Chairman, stated: “We are already working with luxury vehicle manufacturers and there’s a lot of interest in bringing work back to the UK. This investment in the new technical centre and machining shop, which is being supported by Sandwell Metropolitan Borough Council, means we’re in a prime position to take advantage of it and reinforce our position as a global leader in structural and other complex components.”

He concluded: “In the 14 years we have been in charge of the company, we feel we have done our best to build on our core expertise by up-skilling our employees, successfully developing succession management, investing in new casting processes and machining capabilities and, shortly, opening the new dedicated £1.2m technical centre.

“This is a clear indicator of where we are looking to take the company both now and over the next 50 years.”

Alucast is a member of the Manufacturing Assembly Network, a nine-strong group of sub-contract manufacturers who work together to win orders and share best practice and resource.