A £4million investment in a new beef burger manufacturing facility will create new jobs in Mid Wales and increase production by up to 100 per cent to the UK’s Fast Food and Foodservice Markets.

The First Minister of Wales, Carwyn Jones, officially opened the Burger Manufacturing Company’s new facility at Llanelwedd, Builth Wells, Powys, which has received a 40 per cent grant from the Food Business Investment Scheme. 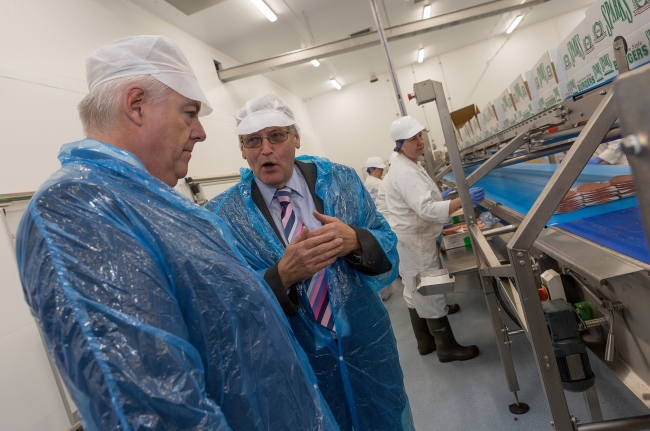 The Burger Manufacturing Company produces over 37.5 million burgers each year –  630 burgers per minute –  and has moved production from its existing neighbouring facility into a purpose built unit that will allow it to develop new quality and gourmet burgers for customers, including restaurants and take-away businesses.

It’s a return to the site for the First Minister who opened the original facility in 2000 when he was Secretary of Agriculture and Rural Development.

First Minister Carwyn Jones said: “I’m pleased to return to the Burger Manufacturing Company to officially open this new larger production facility which has been supported by more than £1.4 million of Welsh Government and European Union investment.

“The company plays an important role in contributing to the local economy in Powys and is supplying not only UK customers, but also exporting into Europe.

“This is an excellent example of how businesses in rural Wales are a key component of Wales’ economic drive and vitally important to our food and farming sectors.”

The new facility is 3,670 sq metres and includes some of the latest food production technology. The company currently employs 43 people. It only uses 100 per cent beef in the production of its products.

It has also developed new gourmet products targeted at higher end restaurants and eateries and has an R&D facility at the new unit to develop new burger products. 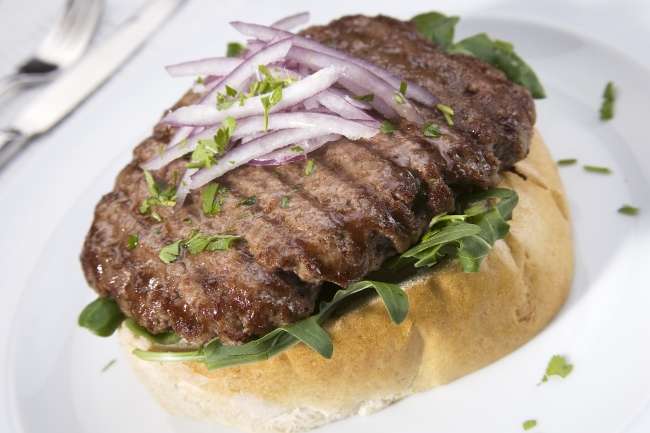 The new site can produce over 600 burgers every minute / Picture: The Burger Manufacturing Co.

Mark Cornall, Sales and Marketing Manager added: “We’ve been growing year-on-year and we knew that to meet future growth we’d have to develop a new larger facility,”

“We can now increase production for existing and new customers while developing new and exciting products for a range of markets.”

As well as UK customers, the company exports its 100 per cent beef products to Gibraltar, Spain, France and other countries.

Production will begin immediately at the new facility and a number of jobs will be created over the next three years.