SDC Trailers has completed a £7m expansion to their manufacturing headquarters in Toomebridge, creating 50 new skilled jobs and improving production capability and output.

Officially opened in August, the project has created employment opportunities for Trainee and Experienced Painters, Welders, Engineers and Material Handlers and will bring the team at SDC to over 900 people, making it one of Northern Ireland’s largest private sector employers. 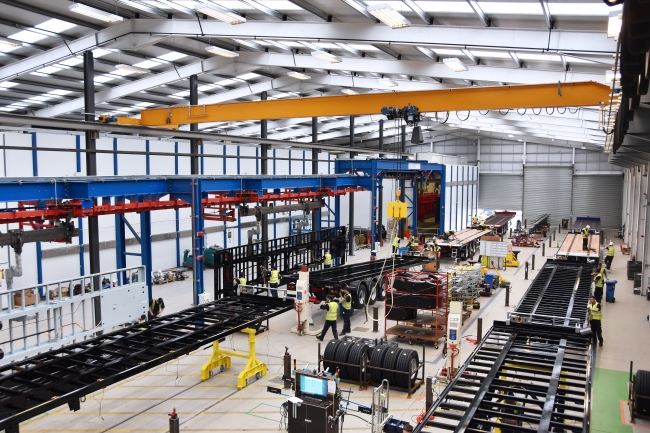 Enda Cushnahan, CEO of SDC Trailers, said: “The opening of the new facility at Plant 1 in Toomebridge is an example of SDC’s proactive strategy to meet the growing demand for innovative trailers as required by customers in markets at home and abroad. The expansion will revolutionize our manufacturing process and gives us the ability to increase output of trailers by 50% on a weekly basis.

“SDC trailers are now demanded in international markets, where they previously had a limited presence. The demand in those markets is for tailored transport solutions which have been the cornerstone of the SDC success story. The new facility has the systems installed to meet the additional demand of trailers in the new markets, whilst shortening delivery times.

“In an era where there is uncertainty, this news will be very much welcomed by the surrounding community and cements the firm as market leader in the UK and Ireland and positions it to challenge in markets overseas”.

Achieving an effective ergonomics process was one of the most important objectives for Cal Carmichael, Operations Officer at SDC, he added, “Our main objective was to create the best manufacturing working environment in Northern Ireland, enhancing job satisfaction and increasing output of trailers by improving ergonomics. The new working environment now utilises 50% natural light in large open spaces and introduces technology in a new semi-automatic paint line. There is also spacious changing rooms and a subsidised canteen. 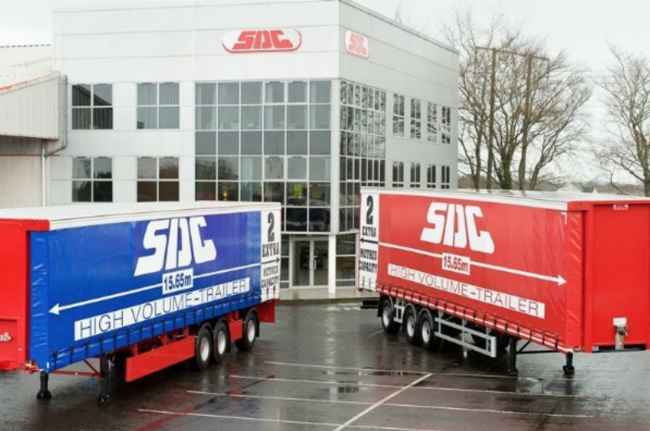 SDC Trailers is celebrating its 40th anniversary in 2018 and has four production plants including Toomebridge and Mansfield, Nottinghamshire / Picture: SDC Trailers

The expansion is to facilitate piping and wiring operations and the paint process. The new semi-automated paint facility has been equipped with top of the range equipment, including a robust conveyor system, two bespoke paint bays for priming and top coat fitted with 6 ‘Wall Man’ units and high spec curing ovens. SDC are confident that their new paint process is the most sophisticated in the industry, the Two Pack Epoxy paint will achieve a high gloss, high quality and durable finish that will enhance the residual value of the trailer.

Jane Millar, Human Resources Manager, concluded: “The Welding and Piping and Wiring Academies have been a great success with people of all ages in Toomebridge and surrounding areas now enjoying careers at SDC. Since opening in 2017 we have had 100 apprentices graduate. The Academies have also provided current employees the opportunity to receive training in a new field, the benefit of this is that it further enhances job satisfaction, one of SDC’s most important values.”