AE Aerospace has officially opened its new 16,500 sq ft factory in Birmingham. The state-of-the-art facility was opened by the Mayor of the West Midlands, Andy Street, at an event to celebrate a major milestone in the company’s 23 year history. AE Aerospace supplies precision machined components to the aerospace, marine, defence and advanced engineering markets and has had to increase capacity to meet growing global demand.

AE Aerospace got the keys to its new factory at the end of last year and has spent the last few months relocating and scaling up its manufacturing capabilities. The official opening was an opportunity to celebrate with customers, suppliers and the company’s investment funding supporters, Funding Circle and Lloyds Bank. Nearly 50 people attended the event and were treated to a tour of the impressive facility. This was followed by Andy Street unveiling a special plaque to mark the occasion. 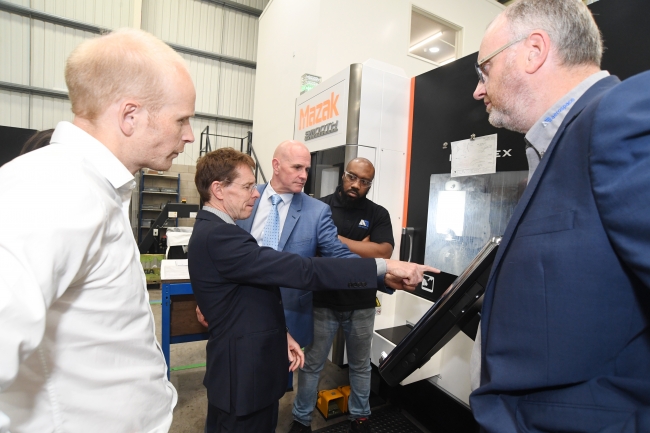 The day also offered an opportunity to reflect on AE Aerospace’s incredible growth trajectory. Over the last five years, the business has more than doubled productivity and seen a seven-fold increase in sales. The manufacturer had outgrown its original premises and needed a facility four times the size to fulfil its order book and meet its next goal of doubling turnover by the end of 2020.

AE Aerospace Managing Director, Peter Bruch, said: “It was wonderful to see so many people attend our official factory opening and to have the Mayor of the West Midlands help celebrate our achievements. It has been a momentous year for AE Aerospace as we start another chapter of our growth journey. We will continue investing in business improvement to stay ahead of the game and the new facility will prove key to reaching our goals.”

Mayor of the West Midlands, Andy Street, added: “It was a pleasure to be invited to officially open the new factory at AE Aerospace. The company is a shining example of the great work that Midland’s SME manufacturers are achieving; proving that the right vision and the right investment can lead to great success.” 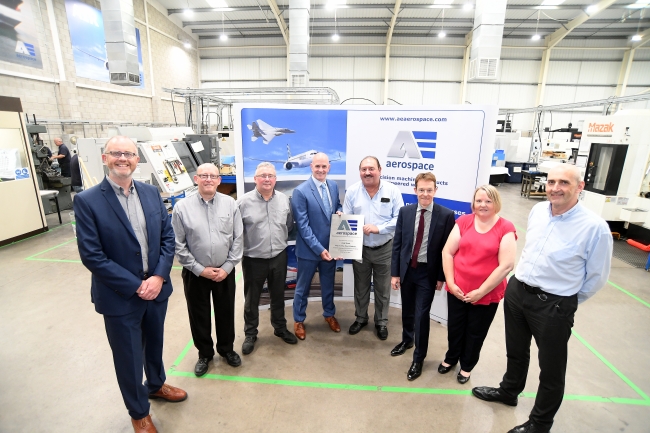 Recent growth has been based on a commitment to innovation and an ambitious investment programme in people, plant and machinery, which has been supported by Funding Circle, Lloyds Bank and the business development and innovation team at Birmingham City Council. AE Aerospace has already used the factory move to increase capacity and move onto the next stage of its strategic plan.

It has committed to creating 20 additional jobs and by the end of the year will employ 70 people. Over the last 12 months, the business has also spent £1.25m on 6 new Mazak 5-Axis machines to enhance its manufacturing capabilities.

The manufacturer’s long-term ambition is to become a glass factory, giving customers access to a fully-servitized model of machining by the hour. Customer Focused Cells are already in operation and the new machines will link to AE’s EdgeCAM CAD / CAM system. This will feed into a new Valuechain DNA SME ERP system that will give access to live data and allow customers to track their jobs at every stage of the production process.

The company’s achievements have earned it numerous plaudits, including Manufacturer of the Year at the Insider Made in the Midlands Awards 2018 and in June of this year, AE Aerospace’s Peter Bruch was named Director of the Year for Innovation at the West Midlands Institute of Directors’ awards.