A South Yorkshire-based manufacturer that supplies the construction industry has moved to new premises in order to accommodate a rapidly expanding workforce and growing customer demand.

Architectural Fabrications Ltd (AFL) – design, manufacture and install architectural metalwork, secondary steelwork and large-scale balcony packages that are used by main contractors throughout the UK – has almost doubled its headcount and its sales over the past three years.

Founder and managing director Chris Hadfield said the move to the new 40,000 sq ft Rotherham site was designed to house more people and more equipment in order to ‘future proof’ the business, which now employs 75 members of staff, including a number of apprentices. 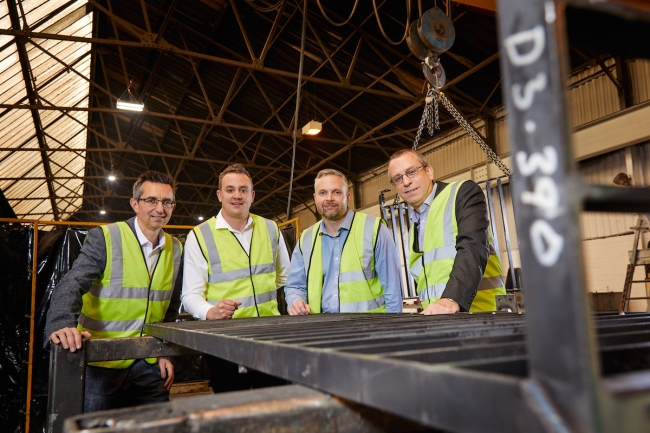 AFL has experienced rapid growth since it received a £400k equity investment from UK Steel Enterprise (UKSE) in 2016 which provided the necessary working capital to enable the company to take on new customers,  larger contracts, and create more job opportunities in the local area.

Further growth is anticipated for the business over the coming months as it continues to recruit, and following the recent appointment of a Sales Director, Ryan Johnson.

Chris said: “The investment from UKSE in 2016 was vital in allowing us to make a strong move forward – ensuring that we were more competitive, that we were in a position to recruit, and that we could ultimately scale-up the contracts that we went after.

“Further to that, the new premises mean we are in a position to continue to expand in order to meet a continued growth in demand from our customers who are based across the UK and Europe.

“We are on track to add another 9 members to the team over the coming months and have recently invested in new, state of the art equipment.”

Established in 2004 by Chris, Architectural Fabrications has worked with many of Europe’s leading main contractors to design, manufacture and install an array of architectural metalwork on some of the UK’s most prestigious residential and commercial developments.

Keith Williams of UKSE, added: “The growth of AFL is testament to the hard work that Chris and the team have put in over the last few years.

“It’s a great success story, a well-managed growing business creating local jobs.  The move to larger premises will allow the company to deliver its expanding order book and gives AFL the capacity to support the next phase of growth”

A subsidiary of Tata Steel, UK Steel Enterprise provides equity and loan finance of up to £1m to growing companies, as well as business premises at its Business & Innovation Centres.