Dubai-based Emirates Airline has signed a Memorandum of Understanding (MoU) to acquire up to 36 additional A380 aircraft. The agreement was signed at the airline’s headquarters in Dubai by HH Sheikh Ahmed bin Saeed Al Maktoum, Chairman and Chief Executive, Emirates Airline and Group, and John Leahy, Chief Operating Officer Customers, Airbus Commercial Aircraft. The commitment is for 20 A380s and an option for 16 more with deliveries to start in 2020, valued at US$16 billion at latest list prices. 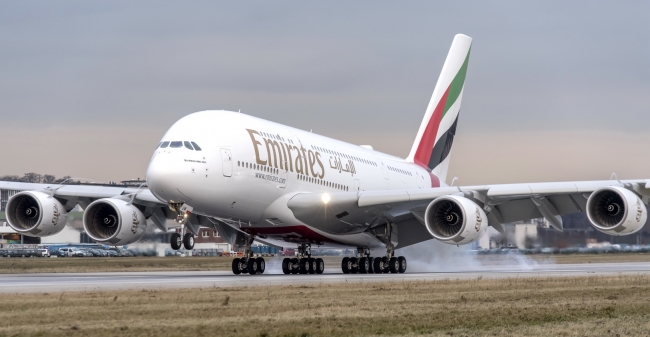 Emirates Airline is to acquire up to 36 new A380’s – the wings for the A380 are built in Broughton / Picture: Airbus

Sheikh Ahmed said: “We’ve made no secret of the fact that the A380 has been a success for Emirates. Our customers love it, and we’ve been able to deploy it on different missions across our network, giving us flexibility in terms of range and passenger mix. He added: “Some of the new A380s we’ve just ordered will be used as fleet replacements. This order will provide stability to the A380 production line. We will continue to work closely with Airbus to further enhance the aircraft and onboard product, so as to offer our passengers the best possible experience. The beauty of this aircraft is that the technology and real estate on board gives us plenty of room to do something different with the interiors.”

“I would like to thank Emirates, HH Sheikh Ahmed, Tim Clark and Adel Al-Redha for their continued support of the A380,” said John Leahy, Chief Operating Officer Customers, Airbus Commercial Aircraft. “This aircraft has contributed enormously to Emirates’ growth and success since 2008 and we are delighted that it will continue to do so. This new order underscores Airbus’ commitment to produce the A380 at least for another ten years. I’m personally convinced more orders will follow Emirates’ example and that this great aircraft will be built well into the 2030s.”

The A380 is an essential part of the solution to sustainable growth, alleviating traffic congestion at busy airports by transporting more passengers with fewer flights. The A380 is the best way to capture growing world air traffic, which doubles every 15 years. The A380 flies 8,200 nautical miles (15,200 kilometres) non-stop and can accommodate 575 passengers in 4 classes.

Over 200 million passengers have already enjoyed the unique experience of flying on board an A380. Every two minutes an A380 either takes off or lands at one of the 240 airports around the world, ready to accommodate this magnificent aircraft. To date, 222 A380s have been delivered to 13 Airlines. 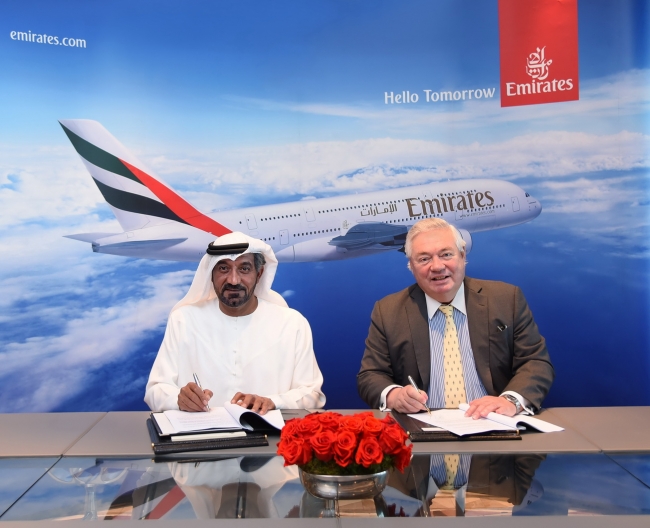