Tomorrow’s Engineers Week, in its sixth year, came to a close last Friday following a record-breaking week of activity.

The highlight of the week was the Tomorrow’s Engineers Week Big Assembly where almost 50,000 students all took part in the same school assembly at the same time, connected by a live video stream and social media.

Broadcaster Fayon Dixon, who hosted the Tomorrow’s Engineers Week Big Assembly, said: “The Big Assembly used the power of technology to connect people together and inspire students about how engineers make the world a better place.

“We heard inspiring stories from engineers who are helping to save the environment, develop medical procedures, keep us safe, help animals and even entertain us.

“Viewers of the Tomorrow’s Engineers Week Big Assembly heard about different routes into the industry, learnt that engineers are in demand, earn good money and make a difference to the world.” 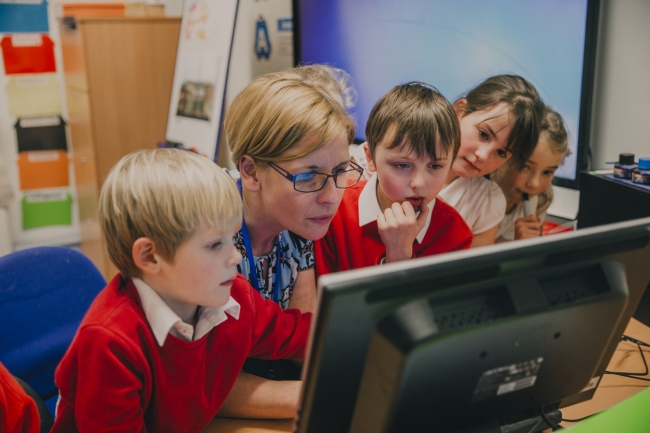 With EngineeringUK data showing that 203,000 people with engineering skills are needed annually in the UK, the Big Assembly and Tomorrow’s Engineers Week aims to inspire more young people to consider a career in engineering.

Schools, colleges, students and parents can watch the Assembly again on demand at tomorrowsengineers.org.uk.

Minister for the Year of Engineering Nusrat Ghani said: “It was fantastic to see so many students from around the country joining the first Tomorrow’s Engineers Week Big Assembly to hear inspiring stories from engineers on a mission, and the eye-opening questions they prompted.

“There really has never been a better time to become an engineer, with vast and varied opportunities for children from all backgrounds to shape the world around us. Events like this are a brilliant way of bringing this exciting profession to life and inspiring students to think about engineering as a career – the aims at the heart of the Year of Engineering.”

The Tomorrow‘s Engineers Week Big Assembly was sponsored by BCS, ICE, IET, IMechE and Year of Engineering and supported by other professional institutions.

Engineers across the UK have been supporting through social media and events such as the Big Bang @ Parliament and a Women’s Engineering Society initiative have ensured young people were able to hear about how engineering is a career that makes a positive difference to the world.

Stars include fire safety engineer Roshni Wijeseker and Jack Hooper from doppel, who has engineered an app to improve mental health. Two engineers from Robertson’s Engineering, who have saved the lives of otters with an innovative road crossing, are also part of the campaign.

Bob Gould, construction manager at Robertson Civil Engineering, said: “In the past, otter population has been damaged by hunting, habitat loss, disturbance, use of pesticides and pollution – now the greatest threat comes from our roads.

“When the issue was raised of otter deaths related to road use in the Stirling area by local group Environmental Action Killin, we offered our full support in equipping the roadside with reflective bollards that will help safeguard the future of this important species.

“Being able to give back to the local communities that we operate in is part of what makes my career in engineering with Robertson so rewarding. I’m able to not only work in a dynamic industry with interesting challenges, but help to save animals at the same time.”