I understand
Home••Insight: How making mistakes can...

Insight: How making mistakes can lead to monumental milestones – behind the scenes at Harrison Spinks

Richard Essery, Managing Director at Harrison Spinks Components shares his thoughts on being committed to innovation, brave and how making mistakes can lead to monumental milestones within a manufacturing business.

We didn’t realise it at the time but it was a conversation in the pub about how problematic glue was in the mattress manufacturing process that set the wheels in motion. Six years on and we’ve launched a world-first in the bedding industry – a 100% recyclable glue-free pocket spring system with a completely unique construction and a higher coil count than anything else on the market. 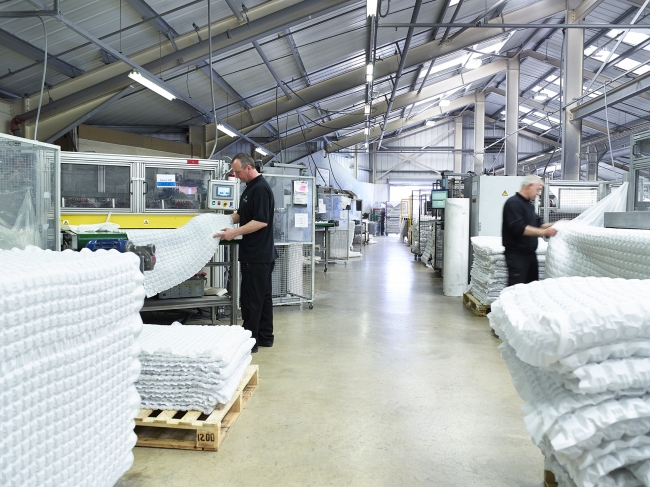 But how did we get there? We have a fairly unusual set up at Harrison Spinks – Simon Spinks, our MD, is heavily invested on a personal level in the innovation and, as such, people are encouraged to be brave – to try new things and make mistakes. Perhaps an atypical approach, it’s one that works for us. We want everyone within the business to feel as though they’ve had an opportunity to contribute to our success – some of our best ideas have come from the whole team mucking in – from the CAD designers to the guys on the factory floor.

This naturally has a cost associated to it – because mistakes can be made – but it’s a risk we’re willing to take, and one that absolutely pays off in the long run.

One thing that makes us different is the fact that our expertise is a closed loop – we cover all aspects of mattress design and build and this is an approach that’s been actively pursued. When I joined the business six years ago, we brought in a new kind of expertise in wire drawing and spring making, and this has been something that’s really paid dividends. 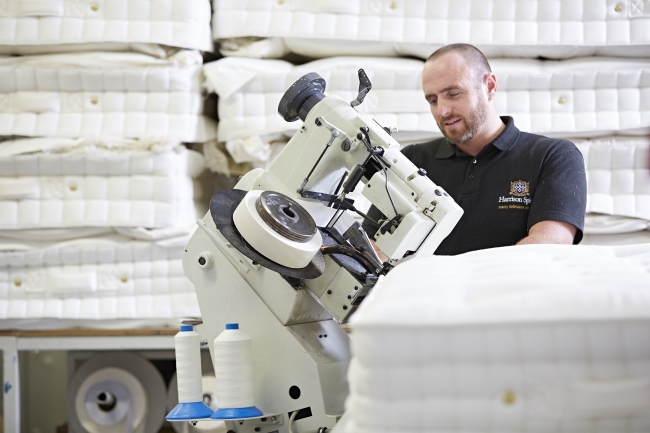 All mattresses are skillfully finished by tape edging the mattress border to the cover fabric / Picture: Harrison Spinks

We have designed and built bespoke spring coilers in-house and this has enabled us to launch our glue-free pocket spring system, Cortec. There’s no other machinery in the market that can do what ours does, demonstrating our dedication to investing in innovation and pushing the boundaries.

We had other glue-free ideas but we’re keeping them in our back pocket for the time being – Cortec is the one that’s stolen the show. We’ve introduced a brand-new process that’s turned the traditional way of making pocket coils on its head – most notably removing glue from the process altogether.

But the new process is leaner as well as greener. We have one machine running with one operator with an output of around 1000 coils per minute (versus a typical pocket set up of 360 coils per minute). So we’re producing three times as many coils in a more efficient way, taking up approximately five times less space on the factory floor.

The process was no easy feat. We’ve essentially reinvented how a bed is made, which, as you can imagine, is quite a challenge! The end result is a product that doesn’t feel like a spring product at all. We’ve taken the traditional process of manufacturing beds (usually using a spring core and foam) and bettered it. We’ve flipped the entire process and challenged expectations to create a product that engineers comfort.

The main challenge was getting a machine that would run at such high speed but we had to keep going until we had a solution we were confident with – a solution that would engineer the components to be resilient enough to last a lifetime. And it worked. We can now manufacture an incredibly fine wire (the finest high‐tensile wire ever to be used in a core unit), a product that doesn’t use glue (we weld each spring pocket instead) and one that has an incredibly high coil count (i.e. lots of independent points of contact, which is where you get your support from). 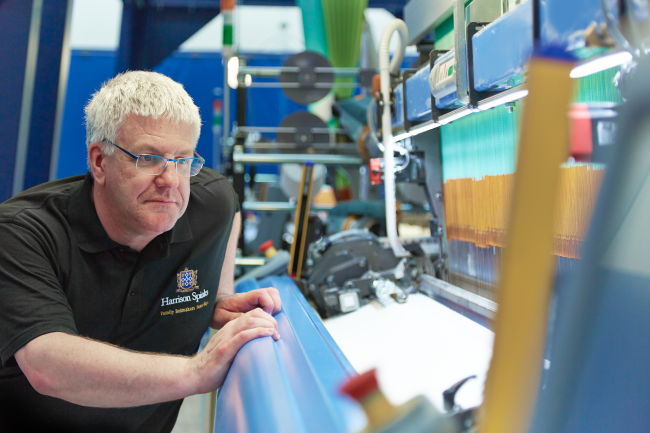 Weaving on-site at the factory in Leeds / Picture: Harrison Spinks

The lack of glue is a huge selling point for us because it means the spring unit can be 100% recycled at the end of its life, which is a common problem for all existing pocket springs as the glue contaminates the pocket cloth, making it difficult to recycle. Just as we launched Cortec, we committed to a foam and glue-free future for all mattresses going into development, which is a is a hugely significant milestone for us as a 179-year-old family-run business.

But it comes at a time when the danger of foam and use of chemicals within the furniture industry has never been more relevant. Because of the dangers of foam and the negative effect it has on the environment we use sustainable fillings and grow nearly 800 tonnes of natural fibre fillings for our mattresses each year. By farming our own materials and manufacturing our own components we have been able to save more than 1,300 tonnes of CO2 every year.

For the last ten years our core business objective has been trying to change the way the world sleeps.  We’ve been relentless in looking for more sustainable ways of working so we can look after our planet for future generations.

In the UK the majority of mattresses end up in landfill every year and we now have a product to help tackle the ongoing environmental issues we’re facing. We’re incredibly proud of this and know that fellow manufacturers will be keen to embrace it and show their support, which was also a driving force for us.

So, while we may have dabbled in a bit of trial and error and made some mistakes along the way, it has absolutely been worth every bit of blood, sweat and tears. 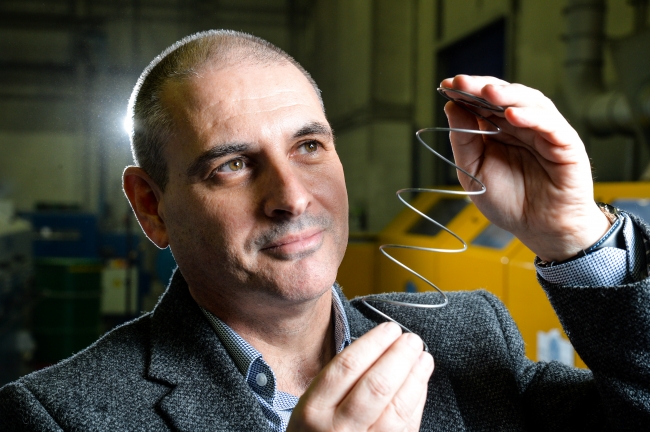