The United States’ Ambassador to the United Kingdom has visited the hub of BAE Systems’ advanced manufacturing to mark a major delivery milestone in the world’s largest defence programme.

Robert “Woody” Johnson toured the company’s production facilities in Samlesbury, Lancashire where the aft fuselage of every F-35 Lightning II is produced.

His visit coincided with the delivery of the 500th aft fuselage from the facility and he met with employees producing the aft fuselage, horizontal and vertical tails of the jet which is operated by both the US Air Force and the Royal Air Force.

Across its global enterprise, BAE Systems delivers up to 15% of every F-35 built and has a vital role in the ongoing development and sustainment of the aircraft for customers across the globe. 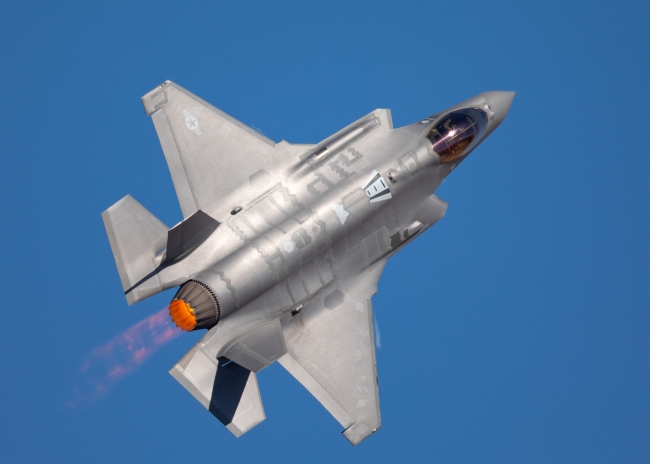 Ambassador Johnson said: “Lancashire has a very proud history manufacturing planes for the British military and it is fantastic to see that tradition continuing strong to this day.

“The highly skilled workers at the BAE Systems facility in Samlesbury are now helping to produce the most sophisticated fighter jet the world has ever seen: the F-35.

“Combining incredible stealth with supersonic speed, the F-35 is a game changer which will play a vital role in America and Britain’s collective defense for decades to come.

“The programme is led by prime contractor, US firm Lockheed Martin, with BAE Systems and Northrop Grumman making up its principal industry partners.”

Charles Woodburn added: “It was an honour for us to host the Ambassador and show him the unique capabilities BAE Systems’ people bring to the F-35 every day.

“We secured our place on the programme through our engineering expertise and world-class manufacturing, but it is the ability, commitment and passion of our people across the world that continues to keep us at the heart of the programme.

“Delivering the 500th aft fuselage of the aircraft is a major milestone for us, and we know by continuing to deliver we will maintain our place on the programme and our strong relationship with the US.”

Greg Ulmer, F-35 Executive Vice President and General Manager at Lockheed Martin, concluded: “Lockheed Martin is proud to partner with the UK and our industry partners to design, build and sustain the world’s most advanced fighter jet. In addition to delivering unmatched capability for defence forces, the F-35 is strengthening global ally and industry partnerships, while driving economic growth. BAE Systems’ 500th aft fuselage delivery is a significant milestone for the program and another demonstration that the F-35 enterprise is ramping up production, improving efficiencies and reducing costs to meet growing demand.”