Employees at BMW Group’s Hams Hall engine manufacturing plant, near Birmingham, are celebrating the production of their five millionth engine.

The plant has a successful history, of more than 18 years, assembling award-winning three and four-cylinder petrol engines that are at the heart of a number of BMW and MINI models. 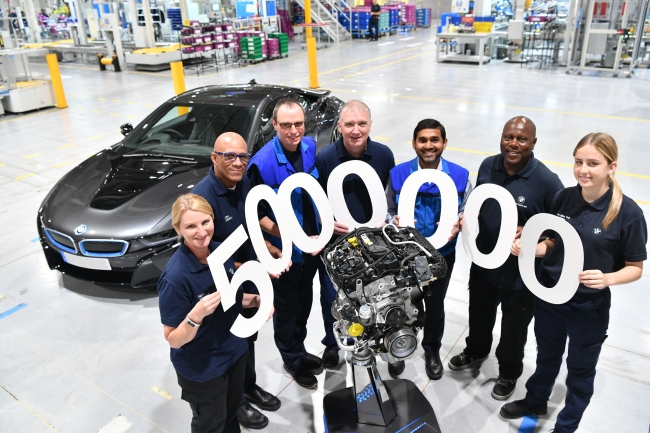 Hams Hall plant director, Bernd Gress, said: “We are delighted to be celebrating our five millionth engine. Our dedicated team works hard to ensure every one of those five million engines has been built to the highest standards of quality and dispatched promptly to one of our vehicle plants, so customers get their cars on time.”

Contributing to the company’s electrified strategy, Hams Hall-built engines are supplied for a growing number of plug-in hybrid vehicles, including the successful BMW i8 Coupe and BMW i8 Roadster. For the fifth consecutive year, the plug-in hybrid drive system of the BMW i8 has topped its category at the International Engine of the year Awards, and the car remains the most widely sold plug-in hybrid sports car worldwide. Other engines from the plant power MINI – currently celebrating its 60th year – as well as a line-up of ‘X’ vehicles and flagship performance models.

Engines roll off the production line every minute, destined to plants across the world, from Plant Oxford in the UK, the heart of MINI, to the Spartanburg plant in the USA, for BMW ‘X’ models. 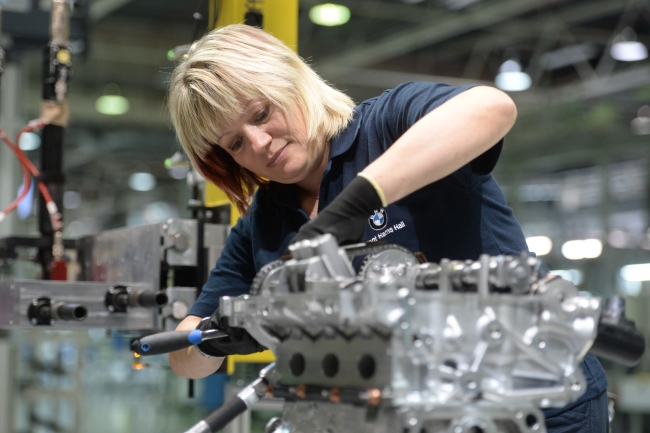 Annual engine production was over 375,000 in 2018 – Engines roll off the production line every minute, destined to plants across the world / Picture: BMW Group

A second assembly facility at the plant, developed over the last six years, operates a more sedate pace, where engines are hand-built. This enables the plant to be highly flexible in producing many different types of engine specifications, including engines for higher performance models, like the BMW i8, the MINI JCW and the all-new BMW 1 Series flagship model, the M135i.

Key engine components – cylinder blocks, cylinder heads and crankshafts – are also machined at the plant for Hams Hall-built engines, as well as being supplied to other BMW Group engine manufacturing plants.

Annual engine production was over 375,000 in 2018, representing 13% of UK engine manufacturing and around 1.5 million components are machined each year.