Boeing has ceremonially broken ground at the Sheffield Business Park site where its first European manufacturing facility will be built after Sheffield City Council recently granted planning permission. The 6,200-square-metre (66,700 square feet) building, due to open in late 2018, will manufacture actuation system components for Boeing’s Next-Generation 737, 737 MAX and 777 aeroplanes.

The Sheffield facility is part of Boeing’s broader plan to grow in-house production of selective technologies. The Boeing Sheffield team will manufacture key actuation systems with improved productivity, enhanced production efficiency and reduced costs while maintaining quality.  Boeing Fabrication’s Portland facility in Gresham, Oregon, U.S.A., will also produce actuators and assemble actuation systems for these models as a new work statement. Actuation systems move the flaps on the trailing edge of an aeroplane wing to provide extra lift at low speeds during take-off and landing. 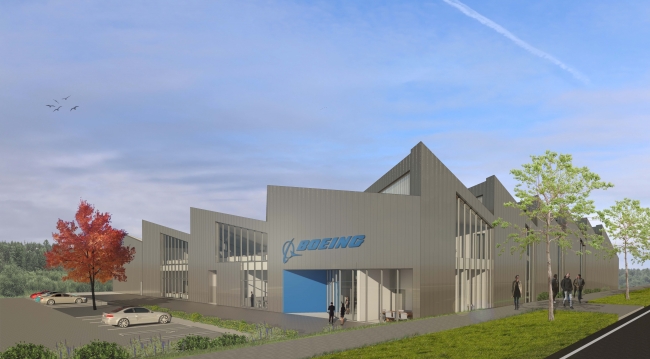 The Boeing Sheffield factory will open in late 2018 / Picture: Boeing

“Seven months after announcing our intention to build a factory in South Yorkshire, we are proud to celebrate the ground-breaking of Boeing Sheffield and welcome more Boeing employees to our company,” said Sir Michael Arthur, president of Boeing Europe and managing director of Boeing UK and Ireland.  “Boeing Sheffield is further evidence of Boeing’s long-term commitment to the prosperity of this country.  We are grateful to the communities of Sheffield and Rotherham, as well as Sheffield City Council and the Sheffield City Region Local Enterprise Partnership, for supporting Boeing Sheffield and our growing presence in the region.”

Boeing Sheffield will be a part of Boeing Fabrication, the company’s in-house parts-manufacturing operation. When it opens, Boeing Sheffield will produce as many as 8,000 components per month that will be shipped to Boeing Portland, to be assembled into actuation systems. The Sheffield facility will initially employ 30 people on opening, growing to more than 50 employees.  This includes 19 manufacturing apprentices, who have already been recruited and are being trained at the Advanced Manufacturing Research Centre (AMRC) Training Centre in Rotherham.

“We are delighted to welcome Boeing Sheffield, our newest member of the Boeing Fabrication family,” said Kimberly Smith, vice president and general manager of Boeing Fabrication. “The partnership between our sites in Sheffield and Portland is a win-win for aerospace innovation and our global growth strategy, as we develop a new source of expertise and talent in the U.K. and connect it with a high-performing, growing Boeing site in the U.S.”

“We are proud and delighted to have helped bring Boeing to the Sheffield City Region. This region has unsurpassed brilliance in research and advanced manufacturing capabilities, and it is a tribute to the partnership working with the University of Sheffield, Boeing, and the local authorities that this investment, and the exciting future it represents, has come about,” said Sir Nigel Knowles, chairman of the Sheffield City Region Local Enterprise Partnership. 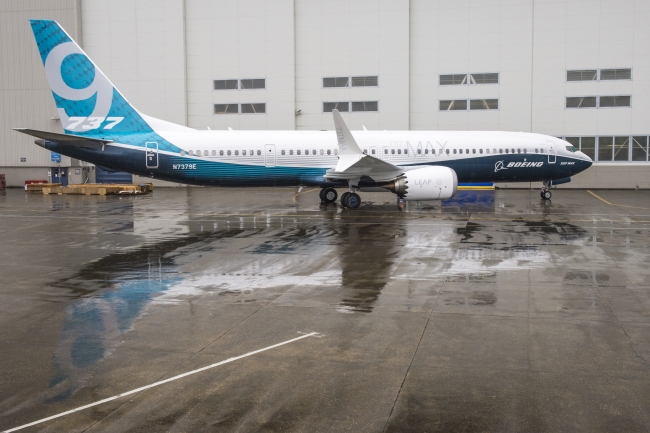 Boeing also plans to initiate a major Research & Development program with the AMRC, which was originally established in 2001 with Boeing as a founding partner, to develop new manufacturing techniques that can be applied to the Boeing Sheffield facility and then leveraged across Boeing at large.

The UK Government and Boeing announced a long-term initiative for prosperity and growth in the UK in July 2016. Boeing continues to look for ways to deliver additional UK growth across its commercial, defence and services businesses with valued partners and suppliers.

Boeing in the UK

Boeing employs more than 2,200 people across the UK at numerous sites, from Glasgow to Gosport, and the company is experiencing solid organic growth.  In 2018 Boeing will celebrate 80 years of partnership with the United Kingdom, the Armed Forces, British manufacturing and the air transport industry.  Today the UK remains a critically important market, supplier base and a source of some of the world’s most inventive technology partners.  Boeing’s direct expenditure with the UK aerospace industry in 2016 was £2.1 billion and the company supports an estimated 16,500 jobs in the UK supply chain, in the process enhancing skills, facilitating exports and generating intellectual property.