Published analysis from the Food and Drink Federation (FDF) shows that in the first quarter of 2019, food and drink exports increased by 10.7% to £5.8bn, almost twice the growth rate of Q1 2018 and the biggest first-quarter sales value on record.

Growth of more than 20% was recorded in six of the UK’s top 20 food and drink export markets, with Japan recording the highest growth rate at 52.5%. Exports of all of the top 10 products increased by value in Q1 2019, the strongest being salmon with growth of 40.9%.

Over the past 10 years, UK branded goods exports have increased by 110%. In Q1 2019, exports to the Netherlands (13.5%) grew the quickest out of the top five markets for branded goods. FDF’s industry ambition is to grow exports of branded food and non-alcoholic drink by a third, from a 2014 baseline, to reach £6bn by 2020.

Ian Wright CBE, Chief Executive, Food and Drink Federation, said: “The food and drink industry continues to out-perform expectations, delivering another quarter of exceptional exports growth despite the damaging uncertainty with which businesses have to contend. The rapid growth to Saudi Arabia, a key target market in FDF’s Food and Drink Sector Deal proposals, is just one example of this strength. With the right support in place, our industry could deliver so much more. We urge Government to co-invest in our Sector Deal proposals and help us to provide the support our industry urgently needs to further enhance this growth.” 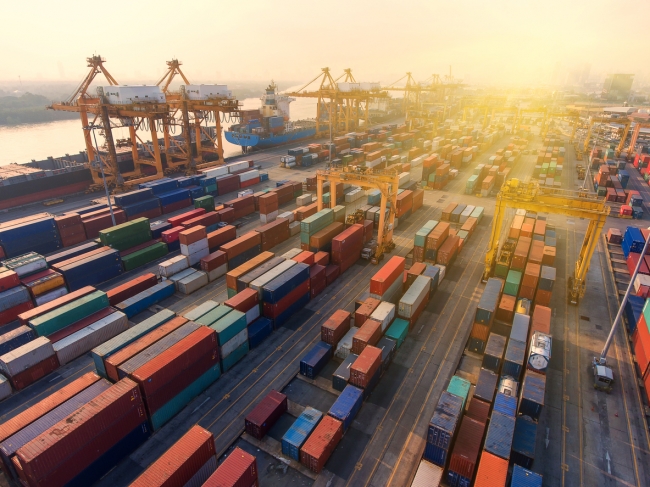 Q1 2019 exports of food and drink increased by 10.7% to £5.8bn, almost twice the growth rate of exports in Q1 2018 and the biggest first-quarter sales value on record / Picture: Getty/iStock

Brexit uncertainty and the Food and Drink Sector Deal

While Q1 exports have shown positive results, feedback received by FDF from businesses at recent trade fairs shows that key buyers in some of the top 20 markets are no longer willing to buy from UK exporters due to ongoing Brexit uncertainty. This could have a significant impact on food and drink export figures later in 2019.

In January 2018, the Food and Drink Sector Council was established as a formal industry partnership with Government created to improve the productivity and sustainability of the UK food and drink industry. Exports are among the Council’s key priority areas, with working groups set up to drive activities and policy recommendations in these areas.

The Food and Drink Sector Council Exports Working Group, led by Graham Hutcheon, Managing Director, Group Operations, Edrington, aims to drive a step-change in food and drink exports through a range of activities. This includes supporting the successful launch of a Food and Drink Sector Deal.

Through the Food and Drink Sector Deal, five target markets (China, the Gulf region, the USA, Japan, and India) have been identified as offering significant growth potential for UK food and drink.

Sales to Saudi Arabia rose by 198% from Q1 2009 to Q1 2019. Between January and March 2019, exports grew by 28.6%, moving the country into the UK’s top 20 exports markets. Saudi Arabia was also the 11th biggest buyer of UK branded goods, recording growth of 82%, driven by exports of breakfast cereals, chocolate and sweet biscuits.