One of the UK’s leading trailer, commercial vehicle body and conversion manufacturers, Cartwright Group, has announced the acquisition of a 26-acre site in North Lincolnshire to create a new flagship base for Cartwright Conversions.

As part of its continued UK expansion programme, Cartwright Group intends to relocate Cartwright Conversions to the new site at Belton and expects to increase the number of jobs from 72 to around 250 over the next 18 months. 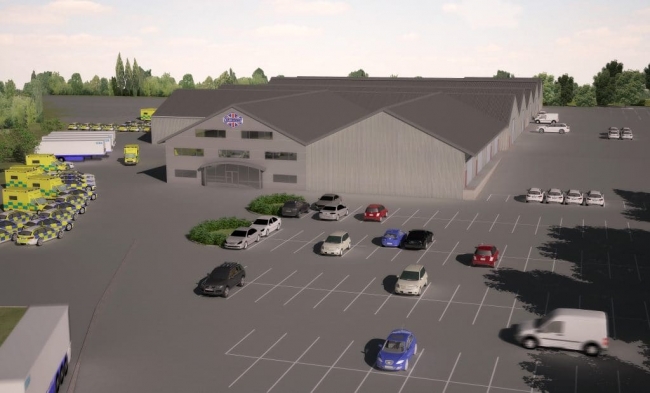 Established in 1952 and now under the banner of Better, Built in Britain, Cartwright Group employs a workforce of over 1,000 highly skilled and trained staff who design, engineer and build the widest range of high-quality trailers and rigid bodied vehicles on the market. Their customers include some of the UK’s biggest companies, such as Royal Mail, Argos, Asda, Sainsbury’s and Tesco and in flying the flag for British manufacturing excellence, the business also has major export customers in Europe, Australia, UAE and South America.

Cartwright Conversions was launched in 2016, and, going from strength to strength under Commercial and Operations Director Steve Shaw and his team, the business produces a wide range of specialized vehicles including ambulances, mobility, welfare, police and security vehicles for a range of clients, including the NHS, UK police forces and highways maintenance companies.

A planning application for the demolition, redevelopment, and extension of the site has been submitted and, subject to planning, Cartwright Group will commence work on site later this year with the aim of Cartwright Conversions being fully operational in the new facility in spring 2019.

Cartwright Conversions Commercial and Operations Director Steve Shaw, said: “As well as holding a careers fair in conjunction with the council, Cartwright will also be introducing their multi-award winning apprenticeship scheme, aimed at young people looking to work in manufacturing.”

Eden Planning Director Donna Barber, advising Cartwright Group on the planning and development of the site added: “The Belton location is perfect, with good access to the motorway, it enables Cartwright Conversions to stay in the area, easily relocate its skilled employees and provide room for future growth. Being outside but close to the nearest settlements means there are no amenity issues but that local people can access the site by walking, cycling or bus. The site itself is particularly suited to meet their needs, combining industrial buildings with hard standing areas. The proposals would bring a disused industrial site back into productive use, add a further 150,000 sq. feet of production space creating new jobs. Alongside this, additional local jobs and investment will also be created during the construction phase. We look forward to continue to work with the council to ensure that the local community benefits from the new jobs created”.

Cllr Rob Waltham, leader, North Lincolnshire Council, concluded: “Attracting new investment and jobs to North Lincolnshire is a key priority for the council. We actively work with businesses to encourage new start-ups, expansions and relocations. I have met with the company and their plans are impressive. This is a major development that will transform a disused industrial site and bring it back to life – creating hundreds of jobs and training opportunities.

“While the plans are subject to approval, I welcome Cartwrights expansion proposals to transform the former Belton Brickworks into their new flagship base.”

The planning authority will determine the application later this year.