Against a backdrop of stumbling growth and weak business confidence, the CBI is urging the new Prime Minister to restore confidence and set a pro-enterprise path for the UK.

In its Business Manifesto, Carolyn Fairbairn, the CBI’s Director General, urges the next Prime Minister to act fast to set a clear direction for the UK, build a long-term vision that drives in investment and back business as a foundation of a growing, inclusive economy.

The CBI has long-highlighted that Brexit has stalled progress on the UK economy for the last three years and the business community sees a Brexit deal as a top priority. Through the Manifesto, it is urging the next Prime Minister to change this by securing a Brexit deal, but underlining a broader vision is also needed. 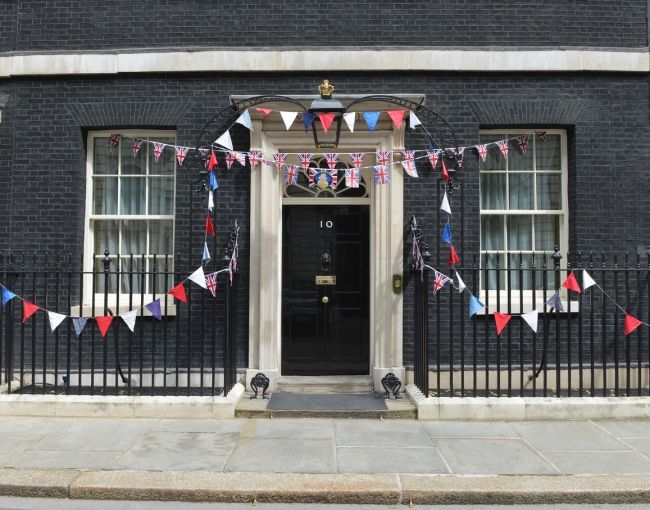 The CBI says the next Prime Minister must act fast to get the UK economy back on track / Picture: Getty/iStock

Carolyn Fairbairn, CBI Director-General, said: “Early signals matter. The UK is a fantastic place to do business but we must be honest – the reputation of our country has taken a dent in recent times. Our new Prime Minister has a real chance to inject a new lease of life into the UK economy and show the world we are open for investment.

“He should take a transformative approach to making the country more competitive, innovative and inclusive. We urge the next Prime Minister to act fast to get the economy back on track.

“That means no equivocation on essential national infrastructure, from HS2 to Heathrow. It means an immigration system that is controlled but also open and welcoming. And it means fixing policy that isn’t working, from business rates to the apprenticeship levy.

Specifically, in regard to creating a compelling economic vision for the UK of the future, Carolyn added: “Brexit uncertainty remains a challenging backdrop and we couldn’t be clearer that a no deal outcome will be seriously damaging. But it must not obscure the country’s long-term vision. It’s time for a renewed focus on bold, sustainable steps to drive up economic growth and share the benefits across the UK, including Scotland, Wales and Northern Ireland.

“We need a long-term, compelling vision for our future. A path to building a Britain that is not only more prosperous, but fairer, grounded in the new Industrial Strategy.

“Together, business and Government can take on the big challenges the country must tackle. Challenges including delivering digital skills to all, stepping up R&D investment to the levels of our competitors, accelerating connectivity to all parts of the UK and using brand Britain to grow our exports. All this can be done in a way that supports the UK becoming a world-leading net zero carbon economy by 2050.”

Growing day-to-day costs that businesses face
• Publish a roadmap to delivering annual business rates revaluations to increase alignment between the tax and the economic cycle at Budget.
• On the Apprenticeship Levy, improve transparency of so firms can see how their contributions are being used and spent. Support smaller and medium sized firms by publicly funding apprenticeships for non-levy payers.

Immigration
• Replace the net migration target with a new system that ensures people coming to the UK are contributing to the economy and society.
• Reduce the £30,000 salary threshold and recast the Shortage Occupations List to exempt national and regional skill and labour shortages from the criteria.

Evidence-based policy-making
• Ensure the Low Pay Commission maintains its independence to judge the pace of future wage increases by resisting any politically-imposed targets.
• Only proceed with proposals for audit market reform where they genuinely enhance quality.
• Re-visit plans for the UK to move out of step with the OECD on digital services taxation.

Industrial strategy
• Establish cross-party support for the industrial strategy, bringing all sides of the political debate together.
• Confirming the Industrial Strategy Council’s political independence in statute, with dedicated funding and a remit which allows the Council to make policy recommendations as well as evaluations.
• Develop local industrial strategies across England by early 2020, supporting their implementation by empowering places to put plans into action.

2050 Net Zero target
• Complete a strategy and investment plan by the end of 2019 for improving energy efficiency, including new incentives and tighter building standards.
• Unlock investment to further decarbonise electricity by allowing onshore wind to compete in low-carbon energy auctions.

Skills
• Rethink the role and form of GCSEs by giving young people an opportunity to stay in education for another year to equip themselves with the skills needed to succeed in the modern workplace.
• Build a world-class technical education system by ending years of financial neglect for further education colleges and making a 10-year long-term funding commitment to deliver T-Levels.

Innovation
• Re-commit to the target of raising UK R&D expenditure to 2.4 per cent of GDP by 2027 and set out a timeframe to increase this to three per cent over the longer-term.
• Increase funding at the Spending Review to provide additional support for firms at the pre-commercialised stage of R&D.

Broadband
• Commit funding to immediately move from pilot to full programme on the “inside out” programme and approve and fund the industry’s proposal for a Single Rural Network at the Spending Review.

Public services
• Build a successor to PFI that delivers value to the taxpayer and commands public trust.
• Use the Williams Rail Review to install a new independent national organising body in charge of the whole industry, overseeing the franchising system and driving up accountability and standards.
• Implement the Outsourcing Playbook to ensure public-private partnerships continue to deliver high quality public services.

3 – Backing business as a force for good

Employee engagement
• Develop a framework that incentivises businesses to adopt effective people practices and celebrates their achievements.
• Build on the success of the government’s ‘good work’ initiative, exploring ideas for the best way to work across the economy to drive competition and make the UK more productive.

Internet safety
• Develop proposals on its approach to online harms delivering proportionate, evidence-based regulation and enforcement within a year of taking office.
• Establish an independent, well-respected regulator to consider whether government’s approach to digital policy and regulation is joined-up across government departments and initiatives.
• Lead the way within the international community to consider how to regulate across jurisdictions.