Cook Defence Systems, a strategic supplier to the Ministry of Defence and the only British manufacturer of track systems for the Army’s armoured vehicles, has made a £5m investment in a new machining facility at its site in Stanhope, County Durham.

Its tracks are used on the British Army’s next-generation AJAX reconnaissance vehicle, being built in Wales by General Dynamics. 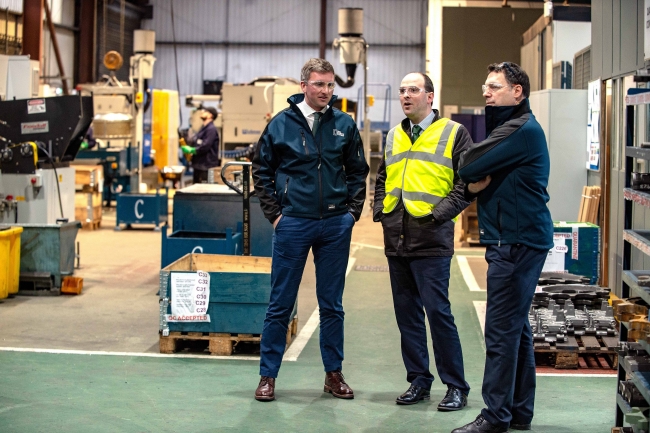 It is also flying the flag for British manufacturing, exporting tracks to allied armies in Europe, the Middle East and Asia.

William Cook said: “We were delighted to host Mr Holden and introduce him to our company, which supports 130 highly skilled jobs in Stanhope, 340 at our sister factories in Sheffield and Leeds and hundreds more in the British supply chain.

“As the world’s leading independent designer and manufacturer of track systems for armoured vehicles, we continue to invest heavily in our advanced manufacturing capabilities in the North East of England. This factory and its highly-skilled workforce are absolutely vital to the British Army, which would literally grind to a halt without them.”

The new £5m machining facility has created 15 new jobs including apprenticeships for young people from the surrounding area.

Mr Holden MP added: “Cook Defence Systems is a world-leading firm at the heart of North West Durham. It was fantastic to see not just the investment the company is making in machinery but also the investment in apprenticeships for local people. I look forward to working with this vital local business to continue to deliver for long-term jobs and prosperity for the community.”