Dairy Crest, the leading British-owned dairy company, has announced a significant investment in its Davidstow creamery in Cornwall.

Dairy Crest is investing £85 million in growing the capacity of its cheese business, £75 million of which will be invested at Davidstow creamery. The investment will allow further growth of the company’s market-leading cheese brands Cathedral City and Davidstow, enhance whey production capacity and support farmers and economic growth in the South West.

Ultimately, the investment will enable Dairy Crest to process an additional 200 million litres of milk every year, increasing the company’s annual cheese production capacity from 54,000 tonnes to 77,000 tonnes over the next four to five years. The company’s whey production at the site, largely used for the global infant formula market, will grow proportionally. 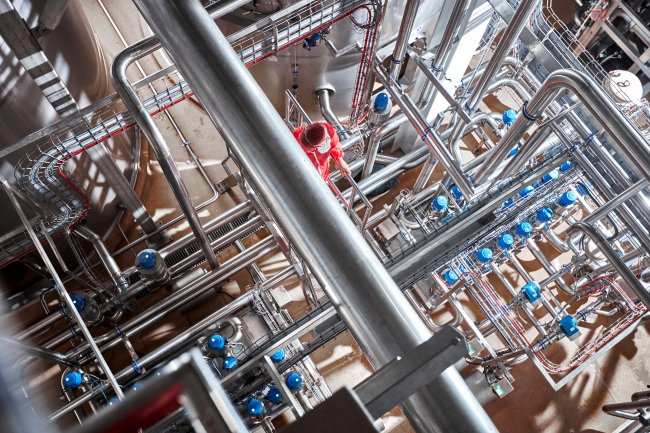 Dairy Crest is investing £85 million in growing the capacity of its cheese business, £75 million of which will be invested at Davidstow creamery / Picture: Dairy Crest

This increase in capacity at Davidstow, which employs around 200 people, will enable Dairy Crest to respond to the growing cheese market in the UK, including convenience and snacking products, and on growing demand internationally in Europe, China, the US and the Far East.

The investment is good news for the 330 dairy farmers in Devon and Cornwall who supply Dairy Crest. The company wants to work closely with these farmers to grow milk volumes which will create a further boost for the region’s rural economy. In close consultation with its independent dairy producer organisation, Dairy Crest Direct, the company has recently introduced a new milk pricing schedule which will be simpler to manage and will reward those farmers who supply milk with the most suitable composition for the manufacture of the company’s cheeses and demineralised whey. Dairy Crest has also invested in its Farm Business Team, which liaises directly with farmers, to support them at this time of growth.

The investment in Davidstow will also reduce the environmental impact of the creamery by reducing significantly its water usage, increasing the amount of water recycled back into the creamery and becoming more energy resilient.

Mark Allen, Chief Executive of Dairy Crest, said, “Dairy Crest is proud of the role it plays in the economy of the South West, and this £85 million investment is a vote of confidence in the Cathedral City brand, our employees and our farmers. The partnership we have with our farmers is absolutely crucial to our business and this investment should give them the confidence to invest in their own businesses, increase their productivity and enhance their important role in protecting the rural environment.

“As a major local employer, we are committed to being a responsible member of the community in Davidstow, and we have planned this investment carefully to minimise the impact of our creamery on the local environment and to become self-sufficient in water use. This is good news for the economy of the South West and for Britain’s farming sector. We hope that this investment will increase confidence and resilience when and where it is needed most.”