Detroit Electric’s Chief Technical Officer and Company Director Richie Frost, is in the advanced stages of laying the foundations for the company to become a major UK automotive employer.

The renowned electric vehicle engineer, who joined Detroit Electric in November to oversee the UK technical and engineering activities of the company, has already started a recruitment drive to ensure that the best senior team is in place, following the recent announcement of an injection of US$1.8 billion in capital from a joint venture agreement. 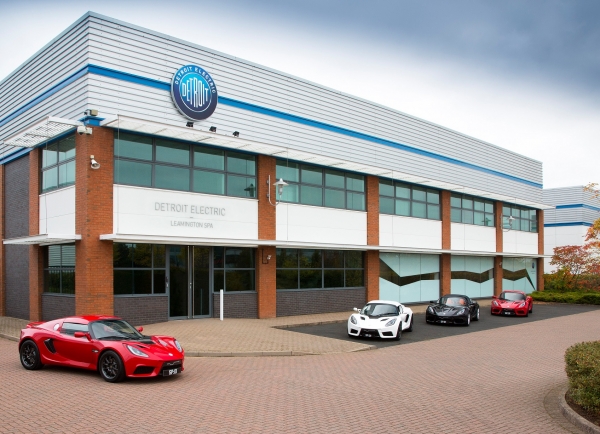 Frost explains: “Although we secured the long-term funding only a few weeks ago, we were already poised to implement our strategy to become one of the world’s leading electric vehicle manufacturers.”

“To achieve that, one of the key steps is to first recruit the senior technical team, and we’ve already secured some of the best talent in the industry to begin filling some of the top senior posts,” he said, “I’m confident of bringing more exceptional people in to complete the management team within the next few months. Then, we can start filling the engineering and manufacturing positions – more than 200 in total over the next six months.”

“This will make us one of the automotive super-employers in the region, and our state-of-the-art engineering and manufacturing centre will be producing world-class electric vehicles for export to global markets,” said Frost.

Initially, this will allow the completion of the final homologation phase of its all-electric SP:01 sports car and the start of production at Leamington Spa. In parallel, the expanded engineering teams will develop three exciting all-new models over the coming three years, all incorporating Detroit Electric’s proprietary electric drivetrain system.

Detroit Electric was revived in 2008 by Albert Lam, former Group CEO of the Lotus Engineering Group and Executive Director of Lotus Cars, with a vision to produce an electric vehicle that seamlessly integrates refined aesthetics, innovative technology and superior handling and performance.