Glass bottle manufacturer and filler Encirc has announced its firm commitment to decarbonise by 2025, using hydrogen in its furnaces to create billions of ultra-low-carbon glass bottles. The availability of hydrogen will enable the further expansion of Encirc’s Elton facility, leading to the creation of at least 200 jobs, while futureproofing existing roles.

Encirc (a Vidrala company), which employs more than 1,000 people at its Elton facility, will use the supply from the proposed HyNet North West project in its furnaces to lead the decarbonisation of glass packaging. HyNet North West is an innovative hydrogen and carbon capture and storage project that will unlock a low carbon economy for the North West and put the region at the forefront of the UK’s drive to net zero. 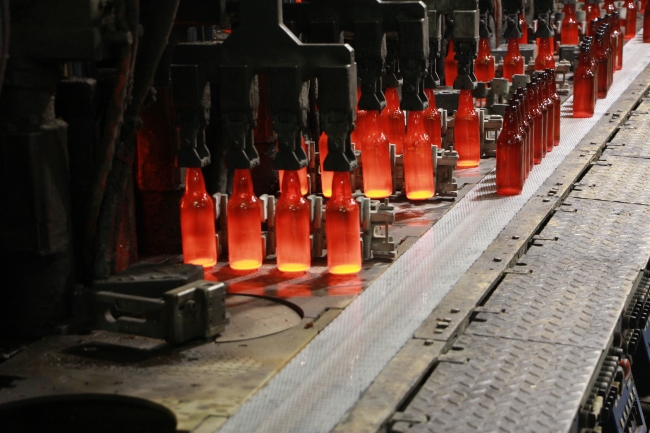 Encirc has announced a commitment to decarbonise using hydrogen, enabling the expansion of its Elton plant and creation of 200 new jobs / Picture: Encirc

Adrian Curry, managing director at Encirc, added: “It is vital that glass packaging decarbonises to meet our zero-emission future. Glass already has so many incredible environmental and health benefits over other materials, but the carbon intensity of our furnaces is a key challenge we need to address. We are delighted to be leading the charge, creating the world’s most sustainable glass bottles.”

The HyNet North West scheme is bidding alongside other clusters in the UK to be one of at least two chosen by government to produce, store and distribute hydrogen as well as capture and store carbon from industry in the North West of England and North Wales by 2025.

The game-changing project has the potential to reduce carbon dioxide emissions by 10 million tonnes every year by 2030 – the equivalent of taking 4 million cars off the road. By achieving this, HyNet will create and maintain thousands of local jobs, as well as enable long-term sustainability for businesses and financial security for communities across the region.

Anne-Marie Trevelyan MP, minister of state for business, energy and clean growth, said: “I’m delighted Encirc has announced its ambition to create the first ultra-low carbon glass by 2025 as part of the HyNet North West project. It is a sign our Plan for Jobs is working and will create not only over 200 jobs on the ground in Chester but a skills base fit for the future.

“Working together with Government and ahead of COP26 in Glasgow, I’m delighted to see British industries are building back greener, meaning firms can play their part in creating jobs and meeting our ambitious climate commitments.”

Encirc’s commitment to hydrogen follows this year’s successful fuel-switching initiative at its County Fermanagh plant in Northern Ireland where, alongside industry body Glass Futures, it used bio-fuel in one of its furnaces and 100% recycled glass, reducing the carbon footprint of its bottles by up to 90% as a result. The campaign was a success and resulted in Encirc now running regular fuel-switching at the plant.