UK aerospace companies are expected to see an estimated $28.8bn (£22bn) in value from orders and commitments for engines and more than 1400 aircraft announced at this week’s airshow.

The airshow was opened on Monday by Prime Minister Theresa May, who hailed the new Hall One exhibition centre as an outstanding building befitting a world-leading airshow. 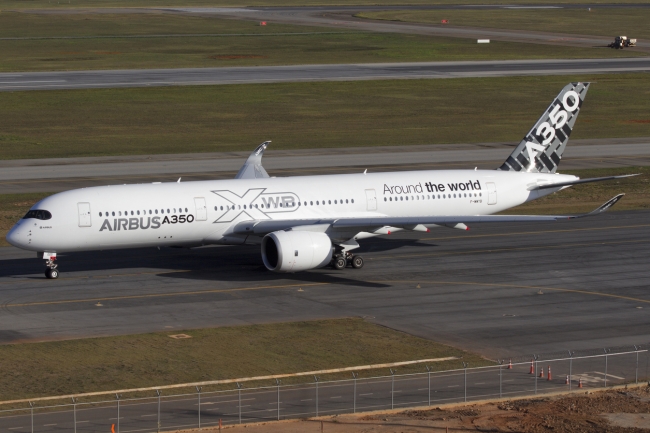 More than 1,400 aircraft orders and commitments were made at the Farnborough International Airshow 2018, as the global industry sees continuing high demand – value to UK industry is set to reach $28bn as orders are fulfilled in the coming years / Picture: Getty/iStock

Announcements by the Prime Minister and senior cabinet ministers on the first days of the show included R&D and innovation projects worth £343m, a new Combat Air Strategy, and the site of a new UK spaceport in Sutherland as well as development funding for horizontal launch sites in Cornwall, Wales and Prestwick.

On Friday, astronaut Major Tim Peake launched a public competition to name the UK-built Mars Rover at Futures Day, where young people experienced a day of activities designed to encourage their study of STEM subjects and future careers in engineering sectors like aerospace and defence.

ADS Chief Executive Paul Everitt said: “This has been a fantastic Farnborough International Airshow, where we have seen great confidence in the global aerospace industry and important announcements that will support future investment in the UK’s high value aerospace, defence and space industries.

“With deals for more than 1400 aircraft announced this week worth up to $28bn to UK industry it is clear that demand in the aerospace industry remains high.

“This has been the most international show in our history and the best place for both UK exhibitors and our overseas visitors to showcase their capability and plans for the future at the most important aerospace event of the year.

“I hope all our exhibitors and visitors have enjoyed a successful and productive week, and look forward to welcoming public visitors to the exciting flying display at Farnborough this weekend.”