Despite uncertainty for the UK manufacturing industry as a whole, the subcontract and contract manufacturing sector remained strong in 2018 and was up 31% on the previous year, according to the latest Contract Manufacturing Index (CMI) figures.

Within those headline figures though there was a 7% downward trend through the year – although this eased off in the second half.

Subcontract and contract manufacturing sector remained strong in 2018 and was up 31% on the previous year / Picture: Getty/iStock

Looking at the fourth quarter figures by process, the subcontract machining market was down 6.4% compared to the previous quarter but 47% higher than the equivalent quarter in 2017. Fabrication was down 4.1% on the previous quarter, but up 67% on what had been a pretty dreadful final quarter of 2017. 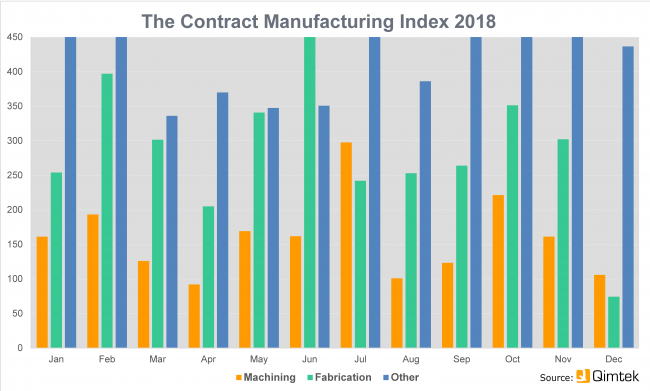 “While Brexit fears may be leading some OEMs to hold off on placing new work, demand for contract manufacturing is up by 18% since the referendum in 2016.

“There are, though, signs that many subcontractors are now running at or near full capacity because they too are putting off capital investment until the market regains its confidence. If this is not resolved there could be an upward pressure on prices.”