Finnebrogue Artisan, the UK’s leading top tier sausage maker, has announced a major diversification by opening a state of the art vegan and vegetarian factory at its base in Northern Ireland.

The artisan food producer, which has revolutionised the bacon and ham market in the last twelve months by launching the first mass-produced nitrite-free alternatives, has invested £3 million as it looks to step up its meat-free offerings. 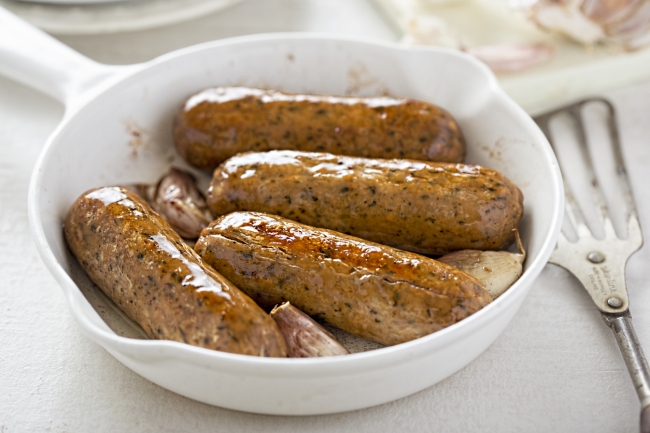 Finnebrogue Artisan has opened a new £3m factory which, when at full capacity, will support 90 new jobs in County Down / Picture: Getty/iStock

A family owned business, Finnebrogue has been producing vegetarian and vegan products for three years, but the opening of a brand new factory marks a significant up-scaling of the firm’s meat-free production.

The new facility is expected to turnover £30m a year when at full capacity – and will provide up to 90 new jobs in County Down.

Managing Director Brian McMonagle said: “Finnebrogue has always prided itself on providing consumers delicious, innovative products – and given the increasing demand for vegan and vegetarian alternatives – this new factory was the obvious next step in our extraordinary growth.

“We are determined not to stand still and are always looking to make food the best it can possibly be, without being bound by the way it’s always been done. More and more people are switching to a vegan or vegetarian diet – and even meat eaters are increasingly seeking a day or two off a week.

Finnebrogue is one of the fastest growing food manufacturers in the country. Its turnover has catapulted from just £5m in 2009 to close to £90m in the 2018/19.

As well as its soaring sausage business and ground-breaking Naked Bacon and Naked Ham, the firm is a top supplier of venison and wagyu beef to many of the nation’s leading retailers.

Figures from market research company Mintel show that 34 per cent of meat eater have reduced their meat intake in the last six months – and a further 21 per cent are planning to do so in 2019.

McMonagle concluded: “Alongside the opening of our new factory, our new product development team is doing extensive work to make some of the tastiest meat-free products on the market.”