The much-anticipated £90,000 car is now finding its way onto roads in the UK but also mainland Europe (yes, left-hand drive versions are available) and even as far away as the USA and Japan.

Between 50 and 80 versions per year are expected to be produced inside the company’s 18,000 sq ft premises, although there is already a 14 month waiting list. 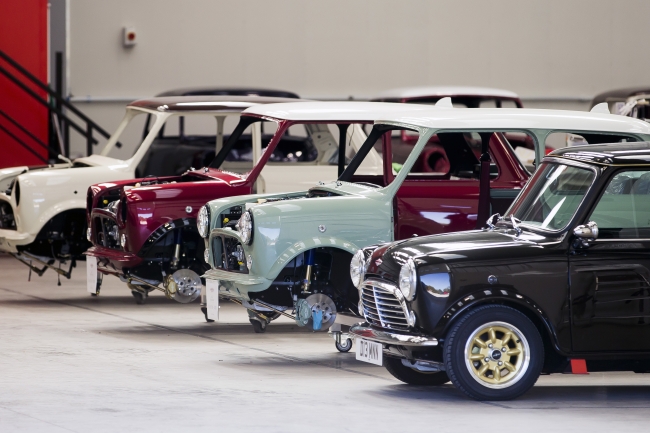 Notably, the car is being manufactured alongside David Brown Automotive’s other star creation – the Speedback ‘grand tourer’ and its GT and Silverstone-badged derivatives which can cost upwards of £500,000. Mini Remastered is a modern take on the iconic Mini car first launched in the late 1950s.

From a pre-2000 ‘donor’ vehicle, David Brown Automotive has British Motor Heritage in Witney, Oxfordshire build up all new sub-frames which are then delivered to its workshops at Silverstone Park.

There the car, using modern day technologies, is refined into a state-of-the-art vehicle while, crucially, it is also heavily influenced by traditional coach building techniques so as to maintain that vital authentic feel.

“The engine and gearbox remain original too and undergo remastering, but most of the other elements such as the sub-frames, suspension components, brakes, electronics and engine ancillaries are replaced with new parts.

“We de-seam the car and the body shell, re-profile all the panel gaps and add bespoke elements of our own such as wheel arches which are welded directly to the shell. All the edges are coach built to make it a smooth, refined exterior.

“The car then goes through an electric coating process to protect it from corrosion before it spends four weeks in the paint shop using the best automotive paints in the world.”

Two special limited edition versions are also available while owners can bespoke design their own car with upgrades that can take the asking price well over its £90,000 base price. Influencing that cost is technology. This is very much about taking a much loved British icon (the company’s logo includes a very deliberate and proud nod to the Union Flag) and refining it to modern day luxury vehicle standards. 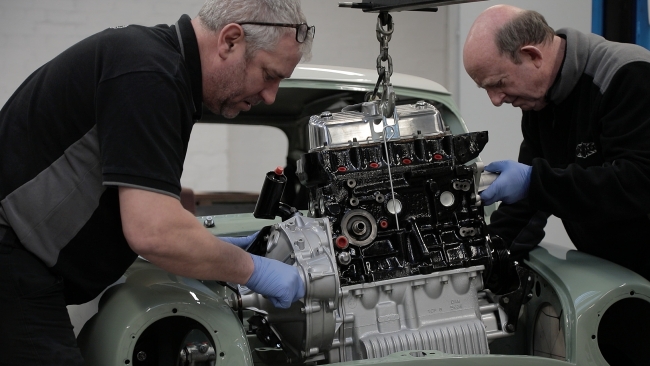 Michelle added: “Technology is a massive part of what separates Mini Remastered to a regular classic restored Mini.

“The engine undergoes a full refurbishment and is performance tuned. It’s still the original 1275cc, 71hp A-series engine but all the components, apart from the block, are new and latest techniques have been used, again for refinement and reliability.

Design and production of Mini Remastered has been made easier by being based at Silverstone Park and within the Silverstone Technology Cluster.

“We are very happy we came here,” continued Michelle. “It’s a fantastic place to nurture young talent (the company is now offering students internships) but also to tap into traditional coach building techniques.

“We have a great selection of engineers, workshop and office staff from the immediate area as well as further afield, but also some of the best machinists and best state-of-the-art technology are right on our doorstep. There’s a culture of not just quality but also speed in terms of turn-around time and some of that inevitably comes from being close to a world famous motorsport venue.”