Ford will reveal significant electrification, commercial vehicle and SUV news as part of the company’s vision for a new era of mobility at a special “Go Further” event in Amsterdam, Netherlands, on April 2.

Steven Armstrong, group vice president and president, Europe, Middle East and Africa, Ford Motor Company, and incoming chairman, Ford of Europe, will be joined by an executive leadership team including Stuart Rowley, incoming president, Ford of Europe, to unveil news and products including a diverse family of electrified powertrain solutions for Ford customers. 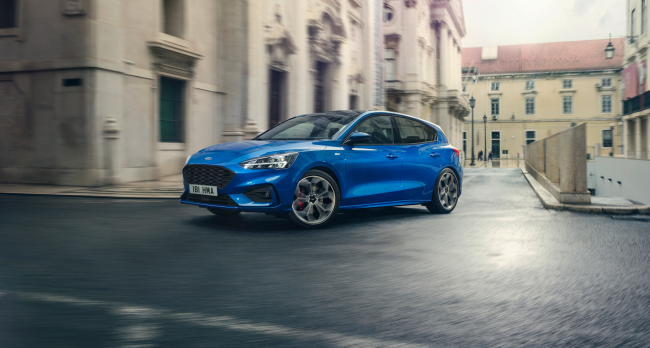 The motoring giant said this new generation of “smart vehicles for a smart world” will contribute to a cleaner and quieter future, and will bring Ford’s brand values of trust, affordability and fun-to-drive to electrified vehicles.

Ford also announced that new 48-volt mild-hybrid Fiesta and Focus EcoBoost Hybrid models will be introduced next year, helping Ford offer one of the most comprehensive and compelling vehicle line-ups and bringing the benefits of electrification to greater numbers of consumers.

Steve Armstong, Ford’s group VP and EMEA president, said: “Our new Fiesta and Focus EcoBoost Hybrid models are examples of Ford’s commitment to deliver new, more environmentally sustainable vehicles, sophisticated technologies, and valued services for our customers, and we have many more examples to announce in Amsterdam next week and beyond,”

“We’ve gone to every length to develop mild-hybrid powertrains for two of our most popular cars that will help keep cash in customers’ pockets while remaining true to the Ford ‘fun to drive’ philosophy.”

A belt-driven integrated starter/generator (BISG) replaces the standard alternator, enabling recovery and storage of energy usually lost during braking and coasting to charge a 48-volt lithium-ion air-cooled battery pack in the vehicles.

The BISG also acts as a motor, that integrates with the EcoBoost combustion engine, using the stored energy to provide torque assistance during normal driving and acceleration, as well as running the vehicle’s electrical ancillaries.