I understand
Home•Formica invests £40m at its...

Formica invests £40m at its European HQ in North Shields

To celebrate the opening of the new head office and improved manufacturing plant, dignitaries, customers and the media were invited to usher in the next era of Formica Group’s 104-year-old history.

As part of its strategy to grow the business and remain competitive, Formica Group is investing £40million into staff and facilities in its strongest market, the UK, over the next three years. 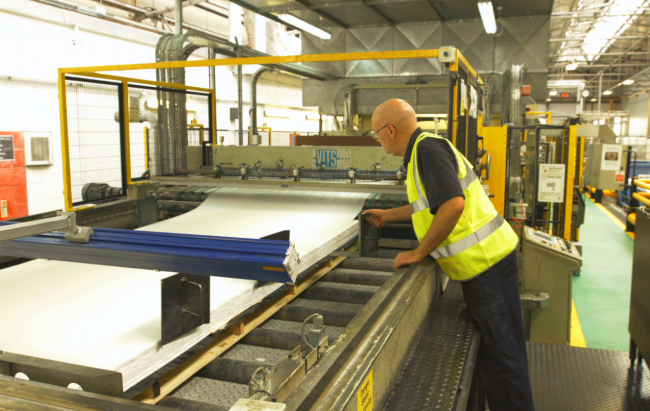 Formica plan to invest a massive £40m over the next 3 years / Picture: Formica

The investment sees the installation of new machinery and technology to create a state-of-the-art laminate manufacturing plant in North Shields, which is celebrating over 70 years of operation this year.

Speaking at the official opening of the new European HQ, Peter Rush, President of Formica Group Europe, comments: “When it comes to UK manufacturing, we know Formica Group has the credentials to be a world leader. As the only global laminate brand the investment is a step forward in fulfilling our potential. In addition to improving our laminate production we are also focused on increasing our sales, as the doubling of our UK sales team indicates.”

Arlen Pettitt, Policy Advisor, North East England Chamber of Commerce, comments: “The investment is a vote of confidence for the North East and shows a brand with a rich heritage in the region moving forward to increase its competitiveness and productivity in the global market. The modernisation of the office and factory is a reaction to the changing market place and shows a signal of intent, along with the initiatives like their apprenticeship scheme, for a long and successful future in the region.”

Fletcher Building, Formica Group’s parent company, decided to invest in the plant shortly after the UK vote to leave the EU. Formica Group’s UK management team views Brexit as an opportunity for the manufacturer to become more competitive in Europe, while at the same time making the UK a less competitive market to its rival European manufacturers. 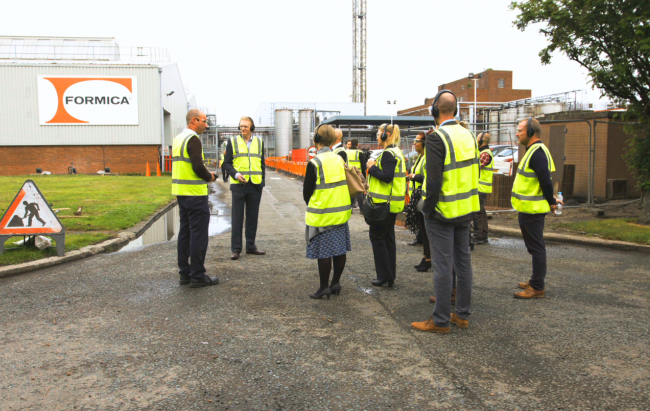 Formica opened their new head office and announced the investment plans at an event in North Shields / Picture: Formica

The investment also sees Formica Group HQ return to its original UK location on Coast Road, having been relocated to Cobalt Business Park in 2008. The art-deco Formica building in North Shields which opened in 1946 has been refurbished to become the company’s new European HQ, having formally been the UK HQ.

The manufacturing operation is now centralised and under the same roof as the sales, marketing and management teams. In addition, a new Fabrication Support Unit training area and programme is being launched to assist Formica Group’s customers.

Formica Group is the only UK laminate manufacturer to be aligned with Made in Britain, an organisation designed to promote and celebrate the manufacture of UK-made goods.

John Pearce, Chief Executive, Made in Britain, comments: “Building upon its 100 year legacy, Formica Group’s investment is about increasing its UK market share and providing stability both in terms of pricing and manufacturing. Made in Britain is part of the support story for stability and we are pleased to help Formica Group in the provision of a network and community to help sales”.