Red Bank has been manufacturing a uniquely broad range of heritage chimney pots, flue systems, ridge tiles, air bricks and bespoke clayware at its original site in Measham, Leicestershire since 1919. The site is a rare example of centuries-old craft in action, with products frequently used in restoration projects and for historic listed and royal buildings across the UK. 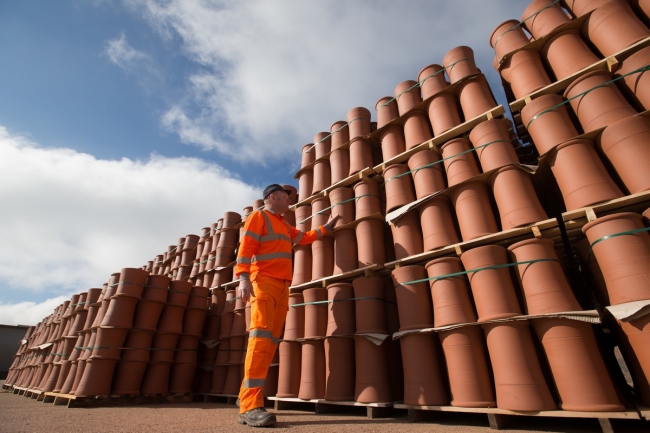 The consistent quality of Red Bank’s products is due in large part to its staff. Most employees have worked at the site for between 20 and 40 years; some are second or even third generation craftspeople.

In recent years, Red Bank has implemented mechanical methods and modern technology to complement and support its more traditional techniques. The original coal-fired “bee hive” kilns have given way to a state-of-the-art tunnel kiln system, and mechanical clay extrusion is now used to produce the majority of the site’s chimney pots and flue systems. Nevertheless, all of Red Bank’s products still require a degree of human intervention, from hand cutting and sticking to finishing and fettling.

Red Bank’s General Manager Paul Barson said: “Our 100 year anniversary is a great opportunity to recognise and honour the hard work, dedication and rare skill of our entire team. We are confident that Red Bank will continue to produce distinctive, expertly-made clay products for diverse and historically significant buildings across the country for many years to come.” 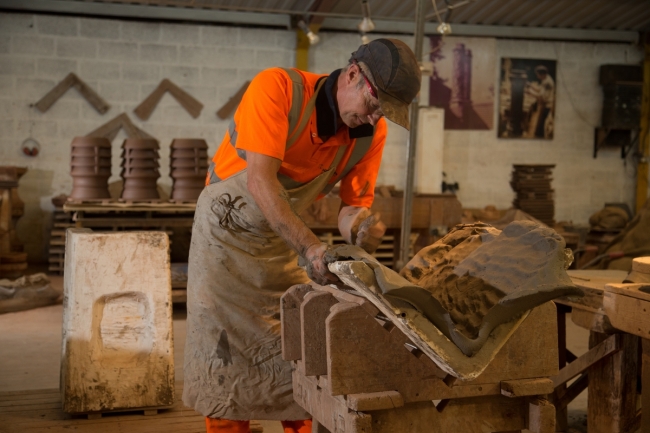 All of Red Bank’s products still require a degree of human intervention, from hand cutting and sticking to finishing and fettling / Picture: Forterra

Plaster mould maker Stephen Betteridge, 66, of Measham, started work at Red Bank on Monday 8th July 1968; he was 15 years old and had left school the previous Friday. Over the five decades since, he has made many thousands of chimneys for buildings across the UK.

Stephen added: “I enjoy the camaraderie at Red Bank – we’re a great workforce and always have been. I’ve loved having a job for 50 years in which I’ve used skills to create things that other people simply can’t. A lot of chimney manufacturers have stopped specialising in the sort of thing we do, so if people want new bespoke or replacement chimney pots they come to us.”