I understand
Home••Forterra to invest £95m at...

Building products manufacturer Forterra is set to commence a £95m project to double production capacity at its Desford plant, after the planning application for a new facility was permitted, subject to conditions and a legal agreement.

The major investment promises to transform the company’s Desford facility in Leicestershire into both the largest and most efficient brick factory in Europe, whilst increasing Forterra’s overall production capacity and consolidating its role in the future of UK housebuilding. 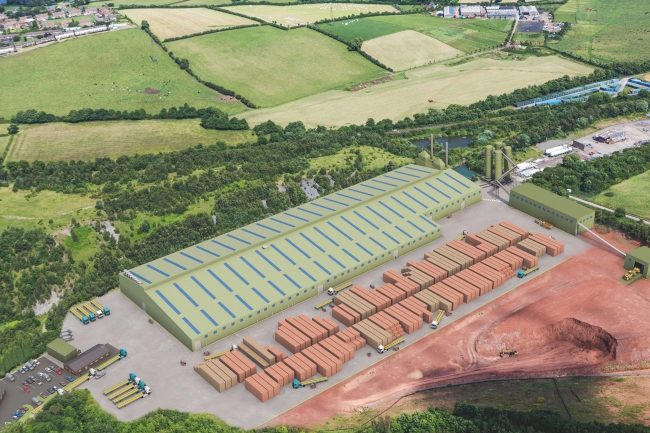 Forterra is set to commence a £95m investment project to double production capacity at its Desford plant, after the planning application was approved / Picture (for illustrative purposes only) courtesy of Forterra

This twofold increase in output will be achieved via the construction of a new, modern facility with state-of-the-art automated processes that will minimise the plant’s environmental impact. The new premises will be built alongside the current factory, ensuring that the latter remains operational in order to maintain production during the changeover.

Production is expected to commence in 2022, by which time Forterra’s production capacity is projected to approach 0.7bn bricks per annum.

Stephen Harrison, chief executive of Forterra, said: “As one of Britain’s biggest manufacturers of building products, we endeavour to set the benchmark in terms of manufacturing efficiency, output and sustainability.

“In keeping with our strategic focus on manufacturing excellence, our new facility’s modern manufacturing methods will allow us to respond to our customers’ increasing demand for products as the rate of housebuilding continues to accelerate nationwide.

“We have every confidence that this project marks a sound, long-term investment in the future of both Forterra and UK housebuilding.”