GE Healthcare has announced the opening of a biotechnology manufacturing centre at the Stevenage Bioscience Catalyst (SBC) Open Innovation Campus. In the first half of 2019, the centre will start producing a fiber-based purification platform, which has the potential to significantly improve efficiency in the purification steps of manufacturing biopharmaceuticals, gene therapies and viral vectors.

Opening this new facility, which incorporates 3000 sq. ft (280 m2) of cleanroom space, will mean there are now 20 people at GE Healthcare’s Stevenage facility. The fiber-based purification products will be prepared in Stevenage before being further processed and finished in GE Healthcare’s existing manufacturing facility in Cardiff, Wales. 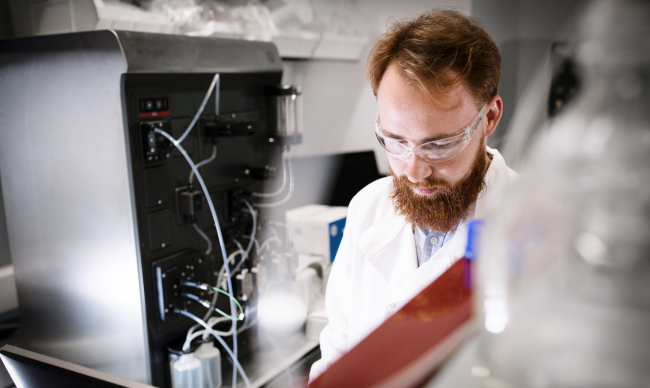 The fiber-based purification platform comprises material with a unique proprietary structure. This has the potential to significantly improve process speed, flexibility and robustness during purification, a key step in the manufacturing of biopharmaceuticals.  Additional products will also be produced at the centre to serve both laboratory and clinical applications.

Biopharmaceuticals, such as monoclonal antibodies are the world’s fastest-growing class of medicine. The global market for biopharmaceuticals is estimated at more than $200 billion, and the market is growing around 8% annually. All the top 10 biologic drugs by global revenue use GE Healthcare technologies in their manufacture.

The purification technology to be produced at the new facility came to GE Healthcare as part of the acquisition of Puridify, in November 2017. Puridify was founded in 2013 as a spin-out from University College London (UCL) and was based at the bio-incubator facility at the SBC, where GE Healthcare maintains an open laboratory aimed at providing SBC tenants with affordable access to advanced protein and cell analysis technologies.