International entrepreneur Sanjeev Gupta’s GFG Alliance, which has already invested over £500m in Scotland’s metals and green energy sectors, celebrated its progress with a reception in Edinburgh following a meeting with First Minister, Nicola Sturgeon.

Mr Gupta disclosed that GFG is now investigating plans to boost its investment figure to £1 billion over the coming years as it continues to expand its stake in the nation’s economy.

He also predicted that Scotland would become an international champion for a new era of green industry and a standard bearer for GFG’s own GREENSTEEL and GREENALUMINIUM strategies.

The GFG executive chairman said the Group, which has already rescued Scotland’s last steel mill in Lanarkshire and secured the future of Britain’s last aluminium smelter at Fort William, would continue ‘investing vigorously’ in both Scottish renewable energy and the country’s industrial capacity. 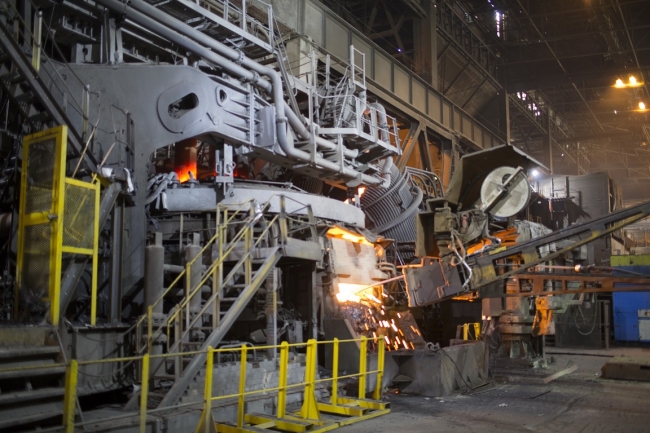 GFG is now investigating plans to boost its investment figure in Scotland to £1 billion over the coming years / Picture: GFG Alliance

Mr Gupta said: “We see Scotland’s potential to become the champion for our own GREENSTEEL and GREENALUMINIUM strategies as well as a global standard bearer for a new era of low-carbon industrial production, creating thousands of jobs. So far, we have committed over £500m to pursue this ambition and, under our current and medium-term plans, we would expect to see that figure rise to over £1 billion.”

He warmly applauded the role of the Scottish Government in supporting and enabling GFG to revive industrial assets and bring forward new investments such as the alloy wheels factory at Fort Williams which is set to go ahead in the coming months, following the granting of full planning permission in February.

“In our experience around the world we have yet to encounter any government as actively supportive and positive as the Scottish Government. We find this enormously helpful and it has certainly encouraged us to continue investing heavily in Scottish industry and creating skilled jobs,” he added. 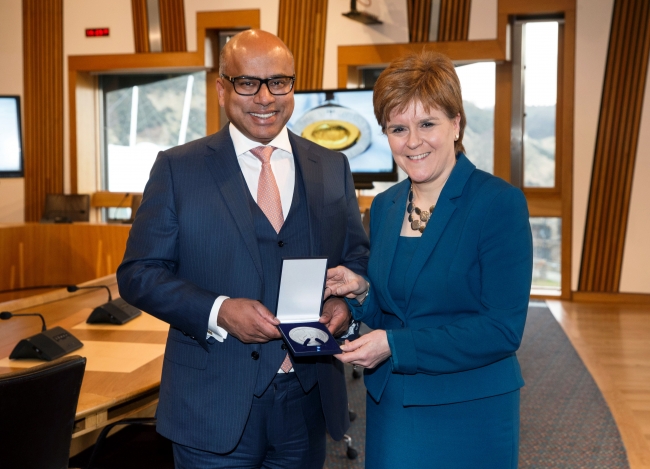 First Minister Nicola Sturgeon said: “I welcome the significant commitment made by the GFG Alliance to invest in industry in Scotland. Sanjeev Gupta has recognised that Scotland is a good place to do business, particularly in relation to the talent and skills base we have here, including engineering and advanced renewable technologies.

“We are working with GFG to sustain and develop the employment of hundreds of skilled workers in Dalzell and Lochaber. They helped us save the Scottish steel industry and it is important that we now build on that.

“I welcome GFG’s future plans for Scotland and we will work with them to support our shared ambitions for low carbon industrial growth.”

To mark two years since GFG began investing in Scotland, and to celebrate the progress made through the Group’s working partnership with Scottish Government, Mr Gupta presented the First Minister with a special commemorative medal cast from aluminium made at Fort William.