Gov’t invests £40m to develop next generation of nuclear technology

The UK government has announced £40m of funding to unlock thousands of green jobs by developing the next generation of nuclear energy technology.

Of this funding, £30m will support three Advanced Modular Reactor (AMR) projects in Oxfordshire, Cheshire and Lancashire and drive them closer towards supplying low-carbon energy to the nation.

AMRs are much smaller than traditional nuclear plants and use intense heat generated in nuclear reactions to produce low-carbon electricity. Due to their size, they can be used at remote locations and can produce enough energy to power anything from a small village to a medium-sized city.

The remaining £10m will be invested into unlocking smaller research, design, and manufacturing projects to create up to 200 jobs. 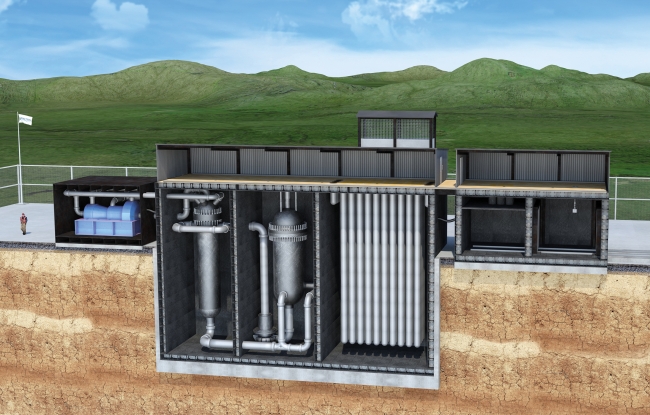 Minister for business and industry, Nadhim Zahawi, said: “Advanced modular reactors are the next step in nuclear energy and have the potential to be a crucial part of tackling carbon emissions and climate change. Today’s investment will immediately create new jobs in Oxfordshire, Cheshire and Lancashire. But through this vital research, the technology could also create thousands more green collar jobs for decades to come.”

The successful AMR projects, awarded £10m funding each, are:

On top of funding the AMR projects, the government is investing £10m into supercharging the development of the industry – £5m will be invested in British companies and start-ups, developing new ways of manufacturing advanced nuclear parts for modular reactor projects both at home and abroad.

The remaining £5m will be put to strengthening the UK’s nuclear regulatory regime – ensuring it remains one of the most robust and safest in the world as the UK looks to develop and deploy advanced nuclear technologies.

Recent research has shown that the UK’s entire nuclear industry could contribute £9.6bn per annum to the economy and support 130,000 jobs by 2050, as well as creating significant export potential for AMR technology. AMRs also provide the possibility to diversify the UK’s low-carbon energy mix by producing heat for industry and zero-carbon hydrogen, and have already demonstrated the potential to stimulate private investment.

A significant part of the UK’s nuclear research takes place in a belt running from Cumbria to North Wales – a region that could be set to benefit from the nuclear industry’s enormous potential for job creation.