I understand
Home•GSK updates on its manufacturing...

GSK updates on its manufacturing network inc. a £140m investment

GSK has made several announcements intended to improve the efficiency and competitiveness of its manufacturing network. These include both investments for respiratory and HIV medicines manufacturing in the UK and strategic reviews, including the sale of several products and a proposal to close a UK manufacturing site.

Between now and 2020, the Company plans to invest more than £140million at its Ware, Hertfordshire, Barnard Castle, Co Durham and Montrose, Scotland sites. The investments will support expansion of manufacturing for respiratory and HIV medicines. This new investment is in addition to the £275million announced last year and investment of over £1.2billion in UK manufacturing since 2012. 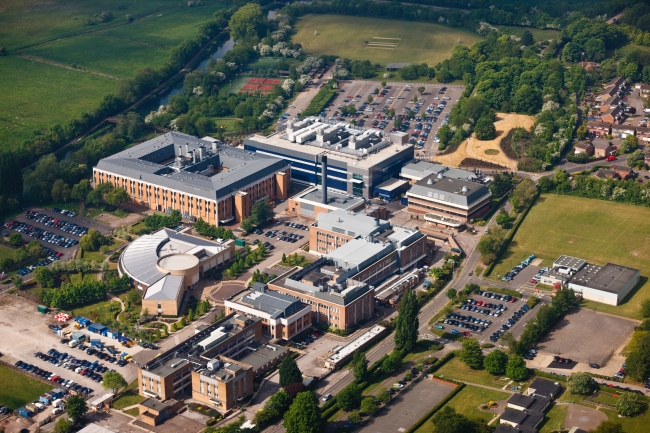 GSK is set to invest £140m at its Ware facility in Hertfordshire between now and 2020 / Picture: GSK

In pharmaceuticals, the company is to undertake a strategic review of its cephalosporins antibiotics business, with an option to sell the business including the associated manufacturing facilities. These medicines are produced at GSK sites in Ulverston, Cumbria, Verona in Italy and part of its Barnard Castle site. The Company has also decided to outsource some manufacturing activity at its Worthing site in the UK. GSK will continue to manufacture other antibiotics such as Augmentin and will continue to conduct research on new antibiotics. The company has also decided not to proceed with a previously planned investment to build a biopharmaceutical facility in Ulverston as it no longer needs the additional capacity.

Overall, GSK employs a total of around 17000 people across the UK of which 5000 are in UK manufacturing operations. The proposals announced today for Worthing and Slough will result in a reduction of approximately 320 permanent jobs over the next 4 years.

Roger Connor, President, GSK Global Manufacturing and Supply said: “We have a substantial manufacturing presence in the UK and continue to support the network with new investment of more than £140million in the next 3 years. At the same time, we have had to make some decisions which we know will cause uncertainty for some of our employees. We will do all we can to support them through this process.”

Philip Thomson, President, Global Affairs, GSK, added: “We are continuing to invest in science and our core businesses in the UK and we continue to see the UK as an attractive place for the life sciences industry. We are working constructively with the Government and others to develop an ambitious plan for the sector as part of the UK’s new industrial strategy.”

GSK were also keen to note that none of the announcements made by the company have resulted from the UK’s decision to leave the European Union.