Two UK-based rail giants are submitting a ‘Great British’ train proposal to High Speed Two (HS2) that would be the most advanced, customer-oriented train ever to run in the UK.

The contract, worth £2.75billion, is to design, build and maintain at least 54 trains for Phase One of HS2.

Hitachi has pioneered Japan’s world-renowned Shinkansen ‘bullet trains’ while Bombardier offers a depth of international experience from its high-speed trains operating in Europe and on the world’s largest network in China. 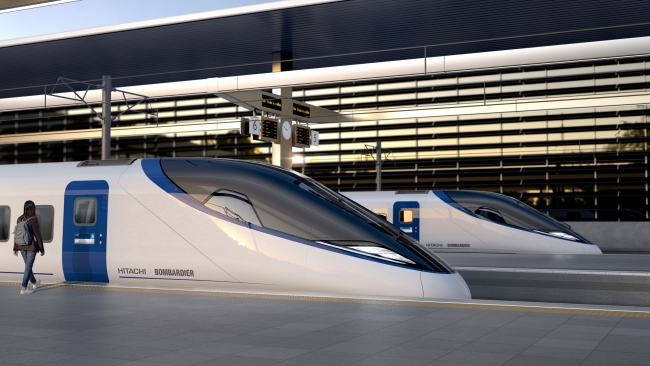 Bombardier’s President, UK, Phil Hufton, added: “HS2 is this generation’s chance to transform our country. Our Great British train will connect our great cities and improve the journeys of every passenger. HS2’s vision is to be a catalyst for growth across Britain – we are ready to make that happen.”

In 2015, the two companies together delivered the Frecciarossa (Red Arrow) ETR1000 for Trenitalia, which is the fastest yet quietest in-service high-speed train in Europe. Operating at speeds up to 225 mph, it has transformed passenger experience and connectivity across Italy. Its success has been recognised with Trenitalia placing a further order for 14 new trains, increasing Frecciarossa (Red Arrow) high speed services across Italy.