Positivity and optimism continue to improve across the UK manufacturing sector, according to both the latest CBI industrial trends survey and flash purchasing managers’ index (PMI).

The flash UK manufacturing PMI rose to 51.9, with manufacturing production growth accelerating to its strongest position for 10 months, according to February data from the IHS Markit / CIPS Flash UK Composite PMI.

The CBI survey of 318 manufacturing firms reported that both total and export order books improved slightly, to their strongest positions in six months – in particular, export order books are now in line with their long-run average. The CBI data showed a slight fall in current output volumes but at a slower pace than in January.

But the CBI said manufacturers expect output to recover somewhat in the three months ahead, with predictions for growth improving for the second successive survey, and that stock adequacy was roughly in line with its long-run average, having fallen back from the highs seen over the course of the last year. Output prices are expected to remain broadly unchanged in the next three months.

PMI survey respondents noted that receding political uncertainty since the general election continued to translate into higher business activity and greater willingness to spend among clients. The solid expansion of manufacturing output was supported by a sustained rebound in client spending since the start of 2020, with the latest PMI survey pointing to the fastest rise in new work since March 2019

Tim Moore, associate director at IHS Markit, said: “UK private sector growth held its ground in February as a stronger contribution from manufacturing output helped to keep overall business activity on a stronger path than any time since September 2018.

“The recent return to growth signalled by the manufacturing and services PMIs provides a clear indication that the UK economy is no longer flat on its back, with our GDP nowcast pointing to 0.2% growth through the first quarter of the year.” 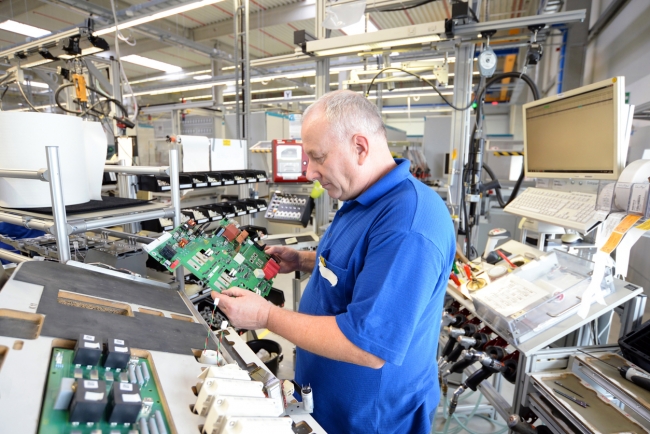 The flash UK manufacturing PMI showed production growth accelerated to its strongest position for 10 months in February at 51.9 / Picture: Getty/iStock

Alpesh Paleja, CBI lead economist, said: “It is encouraging to see manufacturers reporting some early signs of a turnaround in activity, but it’s probably still too early to say whether we’ve seen the end of the slowdown in the sector. Notwithstanding improving optimism, the sector is still grappling with longer-term uncertainty over the UK’s future relationship with the EU.

“While the government makes progress on new trading arrangements, the upcoming Budget offers a real opportunity to support manufacturers. Measures such as by reforming business rates, increasing the R&D tax credit, and creating catapult quarters for high-tech research hubs present a real opportunity to shore up competitiveness, both in manufacturing and in the wider economy.”

Tom Crotty, group director of INEOS and chair of the CBI Manufacturing Council, added: “The beginning of 2020 seems to have seen an improvement in UK manufacturing activity following a difficult 2019. Nevertheless, there can be no doubt that this progress is fragile and the new-look cabinet must therefore waste no time in working with manufacturers to tackle long-standing challenges and seize opportunities for growth.”