For the fifth consecutive year, INFINITI is seeking seven of the best young engineering students from across the world to work with both INFINITI Motor Company and the Renault Sport Formula One™ Team through their highly successful INFINITI Engineering Academy.

Aimed at highly driven engineering students wishing a career opportunity of a lifetime, the academy offers a unique 12-month placement to work alongside world-leading engineers at the cutting edge of the automotive and motorsport industries, complete with travel, accommodation, a salary and access to an INFINITI company car. 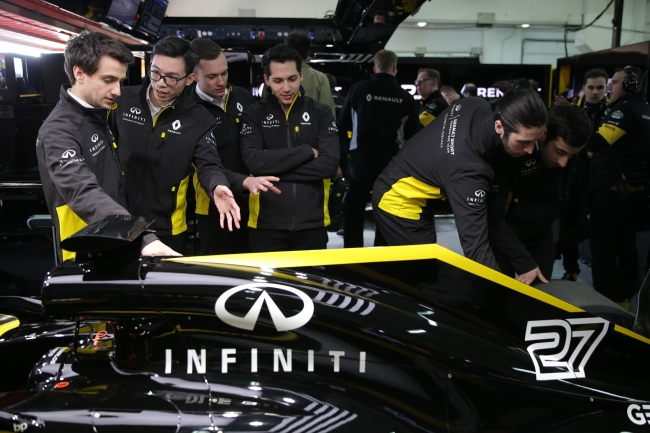 From the applications received the top 70 engineering students, the 10 best applicants from each region, will go through to one of the seven regional final events to try and secure a place with all the other winners in the UK.

Adding further excitement to this year’s event six of the seven finals will be held trackside during the regions Formula One Grand Prix week. The finalists will be given access to the Renault Sport Formula One™ Team’s pit lane, garage and motorhome areas just ahead of the race weekend. During the final they will have to carry out several challenges under the watchful eye of Bob Bell, Nico Hülkenberg, Carlos Sainz, and other members of Renault Sport Formula One™ Team.

Silverstone has been selected for the European Final and due to the popularity of the event, growing three-fold over last year and with over 12,000 applicants, participants are encouraged to register as soon as possible.