Midlands automotive styling manufacturer, ITP Group, has reinforced its commitment to innovation with the launch of a brand new machine, which has already generated contracts over £1million in value. 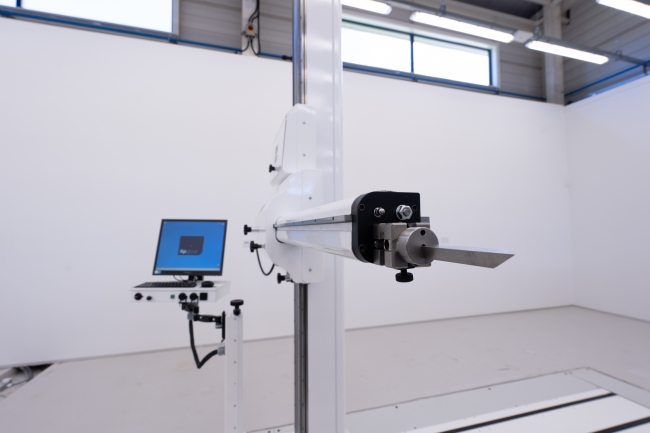 Everything ITP Group produces is designed, developed and manufactured in-house and is supported by the company’s global team of mobile service engineers / Picture: ITP Group

Studio Style 180 is a completely new concept and does not use any traditional rotating bearings compared to the 62 in previous machines. It is much easier to use, requires less frequent servicing and is designed to be extremely rigid and light in its operation. The new machine incorporates a high-precision recirculating crossed roller design and the very latest design locks and fine drive technology.

Dick Turpin, Managing Director of the ITP Group, who first thought of the idea for the Studio Style 180 several years ago, said: “This machine has been specifically designed to accommodate the harsh environments of clay studios, special consideration has also been given to the requirements of the modeller too.”

The Studio Style 180 has been developed on-site at ITP Group’s Rugby facility in response to working with many automotive manufacturers around the world and the firm is committed to continuing all development and manufacturing of solutions in-house, ensuring full control and maintaining high quality standards.

After 12 months in the making, the Studio Style 180, has been transformed from a vision into reality by ITP’s highly-innovative in-house development team, which includes Technical Director, Tim James, who’s been with the company for almost 30 years and Projects and Software Applications Director, Mike Haville. The team also includes Dick’s grandson, Ben Turpin, who was a key member of the design team.

Tim James, Technical Director, added: “It’s a major achievement, not just because it’s yet another example of our ability to lead the industry with our pioneering product innovation and development, it demonstrates our commitment to evolving technology to continually improve accuracy and reliability for our customers.  We’re celebrating our 40th anniversary and what better way to do it than by bringing a new machine to market. ”

ITP Group is one of the world’s leading producers of styling studio equipment and large coordinate measuring machines. The company currently exports to more than 30 countries across six continents.