JCB’s annual bonus has been revealed, with thousands of UK employees set to receive a £750 Christmas reward.

The bonus will be paid to more than 6,000 employees – including agency employees with over 12 months’ service – working at JCB’s 11 plants in Staffordshire, Derbyshire and Wrexham.

As reported recently, orders have surged in 2021 leading to hundreds of new jobs being created.

JCB is also celebrating a major milestone for its award-winning engine. The 750,000th engine has just come off the line at JCB Power Systems in Derbyshire where production first began in 2004. Engine production was extended to India in 2011, helping to power JCB to the landmark figure. 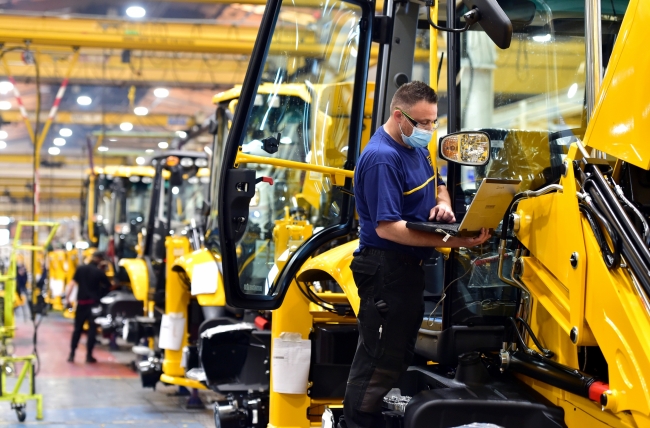 JCB has announced a £750 Christmas bonus for all UK employees. It has also reached a major production milestone, as the 750,000th engine is manufactured in Derbyshire / Picture: JCB

JCB chairman Lord Bamford, said: “This year has been a solid one for JCB and demand for our machines going into next year is very strong. The whole team can be proud of what has been achieved in 2021 and I am delighted that we can reward everyone’s efforts with a Christmas bonus.”

Graeme Macdonald, JCB’s CEO, said: “This year we will produce a record number of machines and this bonus rewards a tremendous team effort. We are still facing severe challenges caused by unprecedented supply chain disruption which is impacting on production, and we expect this to continue for the first six months of next year.”

Lord Bamford added: “750,000 engines is quite some milestone when you consider that we only started manufacturing 17 years ago. So much has been achieved over that time with our engines, including two world land speed records. With the development of our new hydrogen motor, there is so much more to come and the future for our engine business looks very bright.”

More than half of the 750,000 engines have been made at JCB Power Systems, which produces a range from 55-212kW. The engines are used to power JCB’s products as well as those of customers producing equipment as diverse as road sweepers, screeners and crushers and barges.