Leading aerospace universities are creating a national consortium to provide the global aerospace community with a centralised point of engagement to the UK’s top university aerospace research capabilities.

Embracing the full aviation spectrum (airlines, aircraft, airspace and airports), the National Aerospace Research Consortium (NARC) will enhance the UK’s already leading position within the sector and provide a clear means of communication with equivalent national organisations and multi-national initiatives. 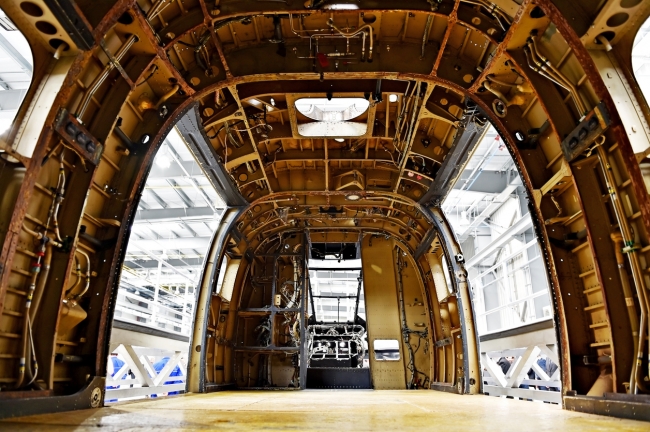 The Consortium aims to create a UK-wide infrastructure of accessible, integrated and world- class research facilities to support each pillar. The universities that currently make up NARC have already started work on the Future Propulsion pillar with a collaborative proposal for a network of advanced electric and hybrid-electric propulsion development facilities.

NARC will also seek to enhance the flow of highly qualified aerospace engineers of the future through closer integration of graduate and postgraduate learning provision.

Through the combination of networked national facilities, integrated learning of the highest quality and a central point of access, NARC is aiming to make a significant contribution to the UK’s presence within the aerospace sector.

Professor Iain Gray, Director of Aerospace at Cranfield University, who is acting as co-ordinator for NARC, said: “The National Aerospace Research Consortium (NARC), consisting of the UK’s leading aerospace universities, will aim to directly support UK-based industry through the provision of accessible world-class research facilities, future skills development and centralised research co-ordination. We aim to put NARC in the same league as other international entities, such as NASA, ONERA or NRC, and support the UK as a global leader in future aerospace research.”

Dr Simon Weeks, Chief Technology Officer of the Aerospace Technology Institute (ATI), added: “At the ATI, we welcome a strong and co-ordinated university research base that is able to support the aerospace sector and further develop the UK’s international reputation for high quality research. The NARC initiative, led by a number of the UK’s leading aerospace universities, represents a significant step forward in creating a national entity that can co-ordinate and promote the excellent work undertaken by our leading academic teams.”

ADS Chief Executive, Paul Everitt, concluded: “The UK science and academic community has an international reputation for excellence across the aerospace industry. Greater co-ordination between these leading universities to more effectively support industrial priorities will add significant value to UK capability. It is great to see this positive and pro-active initiative taking shape and it will help ensure early stage research can move more quickly through to industrial exploitation here in the UK.

“The UK aerospace Industrial Strategy and its focus on productivity, innovation and skills relies on great science research and a flow of top quality students into aerospace careers. The National Aerospace Research Consortium will be a further boost to the sector at this most important time.”