Metals and industrials group, Liberty House, this week (June 12th) begins the first phase of its drive to recruit new steelworkers, as it expands production at its recently-acquired Speciality Steels business in South Yorkshire.

The move comes only a month after Liberty’s £100m takeover of the business, securing the future for 1,700 existing employees and opening the way for the creation of a further 300 jobs.

Working closely with trade unions, Liberty Speciality Steels will this week start the process of hiring the first 40 new staff, most of whom will be assigned to the bar mill at Rotherham, which is doubling the number of shifts in order to boost output from 78,000 tonnes to 137,000 tonnes a year. 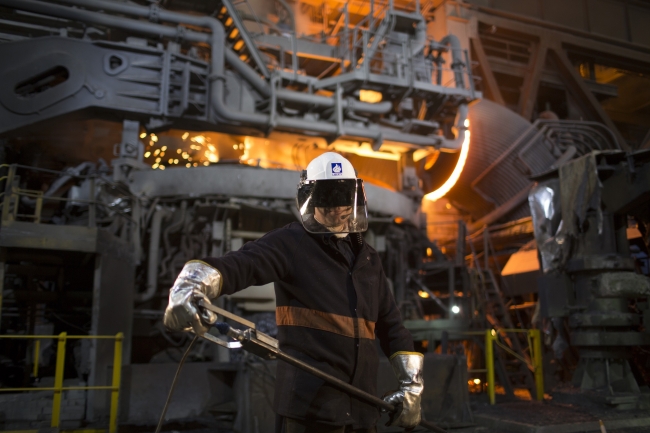 Some of the new recruits will work at one of Rotherham’s two electric arc furnaces, which will also be increasing production, while others will be based at the company’s mill and finishing lines in Stocksbridge.

Further recruitment, including the engagement of new apprentices, will take place in September and employment will continue to grow over the next two to three years, as production expands.

Liberty, which is part of the GFG Alliance, acquired the Speciality Steels operation from Tata at the beginning of May as part of its GREENSTEEL strategy to establish a major integrated, competitive and low-carbon steel and engineering enterprise across the UK. A key component of this plan is the recycling of scrap steel in arc furnaces powered by renewable energy.

In the past 18 months alone the business, along with its sister company SIMEC, has invested more than £500m in acquiring key industrial assets in Britain and it plans to invest hundreds of millions more to ensure the future of these facilities.

Speciality Steels produces a range of high-value steels, alloys and components used in the manufacture of vehicles, aircraft, industrial machinery and equipment for the oil and gas industry. More than two thirds of its products are exported worldwide.

Commenting on this initial recruitment drive, Jon Bolton, chief executive of Liberty Speciality Steels said: “We have big ambitions for the future so we’re eager to start the process of getting new people on board to help us move ahead with our plans.

“We’re looking for recruits from a broad range of backgrounds, especially adaptable people from the locality with a positive attitude and a hunger to learn about steel. We’ve got many highly-talented and experienced people on the team here who will train newcomers for key roles in an exciting industry entering a promising new era.”